Player-cum-mentor Irfan Pathan is changing attitudes both on and off-field as he aims to usher in a new era in Jammu and Kashmir‘s cricketing circle. On Friday, J&K recorded their first win of the 2018-19 Ranji Trophy and Pathan couldn’t me more proud.

J&K beat Tripura at home for an outright win and claimed six points.

He is trying to change the mindset and also putting up a resistance against the quota system that forces a fixed number of players each from Jammu and Kashmir to represent the state.

It s a good win, Pathan told The Indian Express on Friday. We all are happy, but as a unit I don t want my team to get carried away. We are trying different things, so that we all go in one direction as a unit. The goal should be common. It s a big region, it s Jammu and Kashmir, it s not like other states. But as long as I m there, no quota system will be entertained.

While the bigger goal is to bring ‘everyone on the same page’, he’s starting at the basic level. You can see the difference once the camp started. One day, I decided that two from Jammu and two from Kashmir will have dinner together. We indulged in team activities, like getting every player to wear their glasses on the back of their heads. It s all about getting everyone on the same page, any which way possible, Pathan said.

With seven points from three matches so far, J&K are currently at the seventh spot in Group C. On field, Pathan is utilising his own experience and observing top teams like Mumbai to inculcate the same attitude in the players. I asked the bowlers to bowl at the fifth stump line. There was a specific session for it. In the Ranji Trophy season, there comes a session in every game when the bowler has to buy a wicket. The one team which professionally does that is Mumbai. They bowl with a seven-two field, the 34-year-old said.

He continued, We had decided that not a single batsman will throw his arms at the ball and instead each pair had to take a single off each delivery in the nets. Here, there is only T20 cricket so there s a focus on always playing big shots but if you have to build an innings, you need to understand the importance of rotating strike and taking singles. 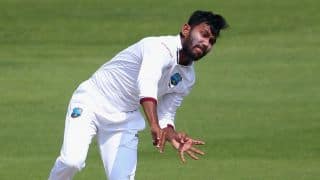 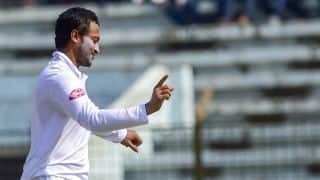