Asghar Afghan became the most successful captain in all T20Is with 42 wins in 52 matches, passing India's MS Dhoni who won 41 out of 72.

Afghanistan’s Asghar Afghan on Saturday went past former India captain MS Dhoni to become the most successful captain in T20 internationals. Asghar achieved the feat following Afghanistan’s 47-run win over Zimbabwe in the third T20I at the Sheikh Zayed Stadium in Abu Dhabi. Afghan has now recorded 42 wins in T20I format and has surpassed Dhoni’s tally of 41 victories. He had equalled Dhoni’s record of most wins as captain in men’s T20I history after Afghanistan had defeated Zimbabwe in the second T20I match.

England skipper Eoin Morgan is third on the list with 33 wins while Pakistan’s Sarfaraz Ahmed is at the fourth spot with 29 wins. Former West Indies captain Darren Sammy has 27 wins to his name and is at the fifth position.

Middle-order batsman Najibullah Zadran hit a career-best 72 off 35 balls as Afghanistan completed a 3-0 clean sweep over Zimbabwe with another dominant 47-run win in the third and final T20I. The left-hander hit five sixes and as many boundaries during his blazing knock which built the foundation of another impressive Afghanistan total of 183 for seven in 20 overs

Zimbabwe struggled in reply as they slipped to 56 for five in the 11th over. Sikandar Raza, 41 not out, and Ryan Burl, 39 not out, combined for an unbroken sixth-wicket partnership of 80 but never came closing to matching threatening the Afghan total. Zimbabwe ended on 136-5 in 20 overs and lost the match by 47 runs.

Meanwhile, Afghanistan spinner Rashid Khan became the third-highest wicket-taker in men’s T20Is. He picked three wickets on Friday to leapfrog New Zealand pacer Tim Southee. However, he went wicketless in the final T20I against Zimbabwe. Rashid has so far scalped 95 wickets and is behind Lasith Malinga (107) and Shahid Afridi (98). 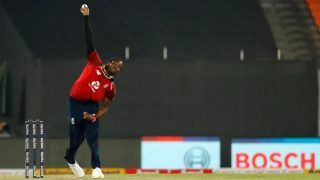 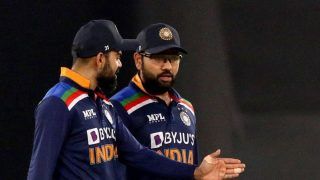