Doug Bollinger and Western Australia’s Nathan Coulter-Nile have been placed on standby for the third Test in Perth next week, according to reports.

Cricket Australia (CA) confirmed on Wednesday night that Doug Bollinger and Western Australia’s Nathan Coulter-Nile have been placed on standby for the third Test in Perth next week, according to reports.

According to the Sydney Morning Herald, they stand to be brought into the Australian team should any of Ryan Harris, Mitchell Johnson or Peter Siddle be unable to back up from Adelaide, after which there is only a three days’ break before the Ashes series resumes.

CA was keen, as a result, to keep the Bollinger out of the Blues’ next match, which runs from Sunday to Wednesday at the Sydney Cricket Ground (SCG), and he is instead in line to captain his Sydney grade side, Fairfield-Liverpool in a two-day game against Campbell town, on Saturday and Sunday, the report said.

National selector, John Inverarity said that they hope the fitness and form of current squad members lead them to having the same 12 for the Perth Test. He added that just to ensure that they are well prepared, the two bowlers have been placed on standby for the Perth Test, which is to start on Friday 13, December.

Bollinger played the last of his 12 Tests in Adelaide, against England three summers ago, and has been in superb form this season, the report added. 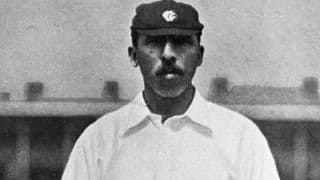