England all-rounder Stuart Broad said on Wednesday that Jonathan Trott's shock departure from the Ashes tour was "heartbreaking", but pledged that the squad would rally round him. 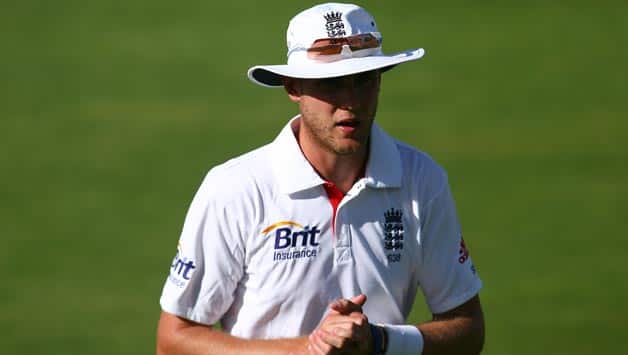 England all-rounder Stuart Broad said on Wednesday that Jonathan Trott’s shock departure from the Ashes tour was “heartbreaking”, but pledged that the squad would rally round him.

Trott left Australia after the England and Wales Cricket Board (ECB) revealed on Monday that he has been suffering from a stress-related illness.

The South Africa-born batsman’s exit came after he twice fell cheaply to Mitchell Johnson in England’s heavy 381-run loss to Australia in the first Test in Brisbane.

The tourists now travel to Alice for a two-day warm-up match against a Cricket Australia (CA) Chairman’s XI on Friday and Saturday, before flying south to Adelaide for next week’s second Test.

Although England are primarily focusing on restoring parity in the five-Test series, Broad says that the players’ thoughts are also with the departed Trott.

“He’s been part of the side for four or five years — he’s a fantastic guy. He gave us a lot of solidity in the number three spot.”

“But the important thing is he’s got the support of the changing room he’s played with us for 49 Tests. Everyone’s looking out for him, and [we hope] he gets a bit of privacy at home to get himself right.”

Broad confirmed that he and his fellow players had little prior knowledge of the issues that Trott was grappling with.

“I don’t think the squad were overly aware of the troubles he had but it all turns to making sure he gets right now,” he said. “I’m sure everyone over here in Australia is hoping he gets better as soon as he can.”

He added: “I think it would be wrong of teammates to talk too much about what Trotty has gone through.”

“I think it would be wrong for the media and players to talk about what has gone on, because that is not going to help him in any way at the moment.”

Broad also conceded that the singular demands of overseas touring in professional cricket could take a psychological toll on players.

“One thing is for sure — we are supported very well by the ECB and the PCA (Professional Cricketers’ Association). There is a support network in place and helplines etc.,” he said.

“But there is no doubt we do spend a lot of time away from our families and away from home. We can do 270, 280 nights a year in hotel rooms, which can get quite hard, especially with guys who miss their families.”