Twice in the space of six overs, umpire Billy Bowden failed to call ''over'' at the correct time in the third Ashes Test in Perth on Friday.

Twice in the space of six overs, umpire Billy Bowden failed to call ”over” at the correct time in the third Ashes Test in Perth on Friday, generating a lot of attention on Twitter.

According to news.com.au, Bowden was guilty of cutting the 39th over bowled by Stuart Broad to five legal deliveries (six balls were bowled, but one was called a wide), then making Ben Stokes run in for a seventh delivery in the 45th over. Recalled to adjudicate a Test match for the first time since being dumped from the ICC’s Elite Panel midway through this year, Bowden was clearly so gripped by the intensity of an Ashes contest that he forgot how to count, the report said.

No damage was done in the sense that Stokes didn’t pick up a wicket with his extra ball, but who knows what Broad might have produced with the delivery he was deprived, the report added. Bowden’s propensity to get creative with the laws of cricket is unlikely to go down well with his paymasters, and it only serves to highlight the imbalance in a panel that features plenty of Australians and Englishmen, but only a few from the other Test playing nations to ensure an Ashes series is adjudicated properly, the report further said. 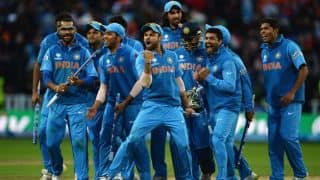 Quinton de Kock and the debate over his inclusion in Tests