England captain Alastair Cook said a report players in the ongoing Ashes were using silicone tape on their bats to avoid nicks being detected by "Hot Spot" technology was "rubbish". 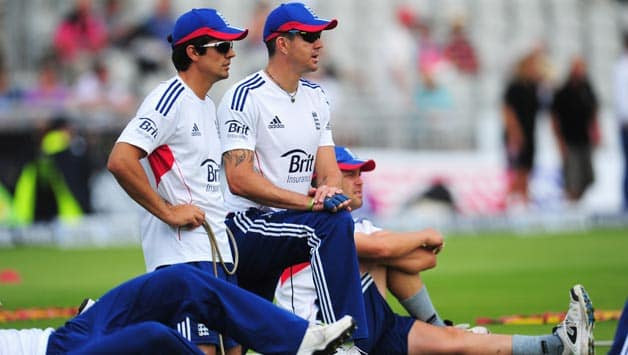 The allegations were made by Australia’s Channel Nine television on Wednesday, raising suspicion over Kevin Pietersen’s (right) bat © Getty Images

England captain Alastair Cook said a report players in the ongoing Ashes were using silicone tape on their bats to avoid nicks being detected by “Hot Spot” technology was “rubbish”.

The allegations were made by Australia’s Channel Nine television on Wednesday, with England batsman Kevin Pietersen said to be one of the players under suspicion.

But Pietersen took to Twitter on Wednesday to slam the report as “horrible journalism” and “hurtful lies”, with Australia captain Michael Clarke insisting none of his players were involved in the practice.

Horrible journalism yet again! My name brought up in hotspot crisis suggesting I use silicon to prevent nicks showing! Such hurtful lies..


And Cook, whose side have retained the Ashes at 2-0 up with two to play ahead of the fourth Test in Chester-le-Street starting Friday, had no problems with Pietersen’s use of social media.

“When you get called a cheat I think you quite rightly want to clear your name pretty quickly when you haven’t done anything wrong,” Cook said Thursday.

“I think that whole story we have to rubbish it because it is rubbish.” Nine said the International Cricket Council (ICC) general manager of cricket, Geoff Allardice, would be investigating the matter in Chester-le-Street. However, the ICC insisted Allardice was coming over solely to speak to the teams regarding their concerns over the Decision Review System, a source of repeated controversy this series, and said it was not investigating any alleged attempts by players to “cheat” Hot Spot.

During the Ashes some nicks have not shown up on Hot Spot, with the system’s inventor, Warren Brennan, admitting the technology can struggle to pick up edges from fast bowling.

“That’s what we’ve found really strange, some clear nicks that haven’t shown up on Hot Spot,” said Cook.
“We just can’t quite work out why it’s happening. But like all these things there are always big evolutions and hopefully the technology can get it right.

“At the end of the day we’re just trying to get more decisions right so the umpires have less impact on the game and you’re talking about hundreds and ‘five-fors’ rather than decisions made by the umpire or the third umpire.”

Meanwhile Cook insisted the fact England had retained the Ashes in 14 days had not diminished their hunger to win the series.

“We want to go on and win the series. The way the lads are, the way we are as a team and the way (England coach) Andy Flower operates, there will be no let up of the standards we set ourselves,” said Cook.
And Cook said the fact Australia upped their game in the drawn third Test at Old Trafford would help England guard against complacency.

“We start from scratch. We keep saying what a good side Australia are and Old Trafford showed that.”
Cook, the only England batsman to have scored 25 Test hundreds, dominated the 2010/11 Ashes with 766 runs at an average of 127.66 and three centuries with a best of 235 not out.

However, the 28-year-old left-hander has found runs harder to come by this series with Cook having so far managed a meagre 145 runs in three Tests at 24.16 with two fifties and a best of 62.

“Form is one of those things that is a bit of a mystery,” he said. “I don’t feel as if I’m doing too much wrong; obviously I’d like a lot more time out in the middle and some runs, but I can only back the fact that I’ve done it in the past and hopefully I can do it again in the future.

“I’ve scored (more than) 7,500 Test runs and been around a while. I’ve had these little dips in the past and come through them.” 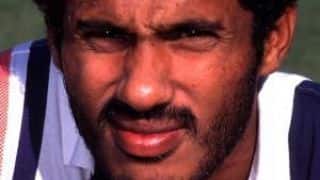