The England selectors on Sunday announced a 14-man squad for the fifth and final Ashes 2013 Test starting on August 21 at The Oval in London. 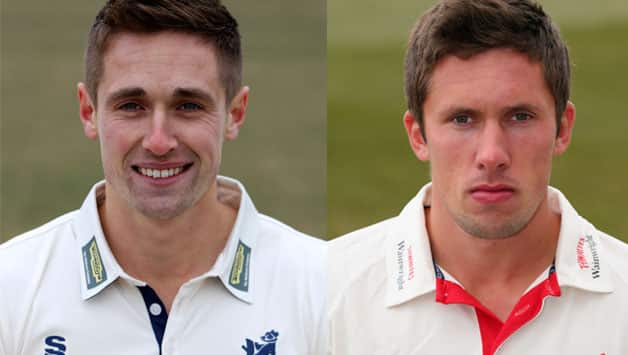 The England selectors on Sunday announced a 14-man squad for the fifth and final Ashes 2013 Test starting on August 21 at The Oval in London.

Chris Woakes and Simon Kerrigan were the surprise inclusions in the squad announced by the England and Wales Cricket Board (ECB) in their official website.

Left-arm spinner Kerrigan from Lancashire has not played international cricket in any format. While all-rounder Woakes is yet to play for England in Test cricket, he has played in 13 One-Day Internationals (ODIs) and four Twenty20 Internationals.

Seamers Time Bresnan and Graham Onions have been excluded from the squad due to injuries. Bresnan suffered a stress fracture in his lower back. Onions broke his right-hand little finger in a match for Durham against Scotland.

England lead the five-match series 3-0 after a 74-run victory over Australia in the fourth Test at Chester-le-Street. England retained the Ashes after a draw in the third Test at Old Trafford.

The home side won the first match by a close 14-run margin at Trent Bridge in the first Test. They followed that with a comprehensive 347-run win in the second Test at Lord’s.

“The players have produced some good cricket in this Ashes series so far and should be congratulated on their performances but I have no doubt that the squad will be determined to finish this series with another strong performance this week and will be working hard in the build up to Wednesday,” said national selector Geoff Miller.

“The inclusion of five pace bowlers as well as an additional spinner in Simon Kerrigan, who has impressed with Lancashire and England Lions in recent years, gives Andy Flower and Alastair Cook plenty of options once they have assessed the conditions at The Oval.

“Tim Bresnan has made valuable contributions with both bat and ball during the series and I would like to wish him all the very best in his recovery from his back injury. The focus for Bresnan now will be the tour of Australia later this year while this Test will provide an opportunity for another member of this squad to make equally vital contributions.” 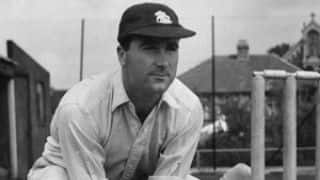 Godfrey Evans: One of the greatest 'keepers in history