The British media might think Nathan Lyon is not fit for England''s third-string line-up but the Australian spinner is displaying through his performance in warm-up games, that he is ready for the Ashes series. 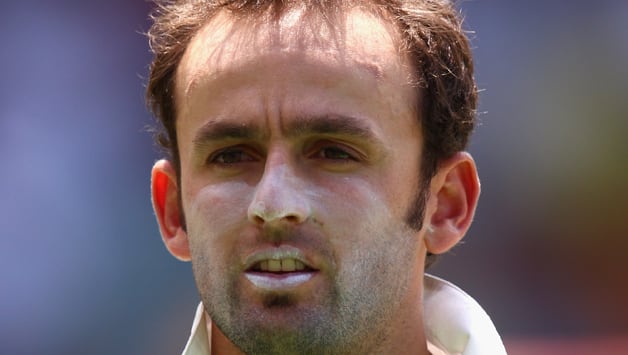 The British media might think Nathan Lyon is not fit for England”s third-string line-up but the Australian spinner is displaying through his performance in warm-up games, that he is ready for the Ashes series.

Lyon did well for Australia A and took four wickets, including three in the second innings, in Australia‘s six-wicket win over Somerset in Taunton.

According to the Sydney Morning Herald, Lyon is a person who places importance on personal pride despite projecting a country-boy image, adding that he would have the sternest test of his career in England.

Former South Australia teammate Daniel Christian said, “‘He’s [Lyon] going to be a huge one for Australia. He’s done a great job for Michael Clarke the last couple of years, so he’s one that they’re going to be relying on a little bit.”

”He takes a lot of pride in his performance. Nathan has always been one to look at his own performance. He does a lot of training by himself and he’s always trying to get that perfect shape out of the hand.”

In Australia A’s practice match against Somerset in Taunton, Lyon took four wickets, including three in the second innings, with full control and shape in his deliveries but a lapse in consistency which new coach Darren Lehmann wants to address.

However, the media have argued that Grame Swann, along with Monty Panesar and James Tredwell had much more talent compared to the Aussie spinner, who has a task on his hand to improve his Test bowling average of 33, along with dealing with the presence of Fawad Ahmed and Ashton Agar.

Former Australian cricketer and commentator Damien Martyn said, ” ‘It won’t [hurt] Nathan to see the way Swann goes about it. He’s a really traditional offie. He doesn’t really have a doosra but he’s been a fantastic success.”