London: England captain Alastair Cook said his side simply had to stop losing early wickets if they were to regain the initiative in the Ashes after a colossal 405-run defeat by Australia in the second Test at Lord’s. England, set a new fourth innings winning target of 509, slumped to 103 all out in a mere 37 overs after tea as the tourists levelled the series at 1-1 with more than a day to spare on Sunday. Several batsmen were undone by sheer pace, with left-arm fast bowler Mitchell Johnson — who took 37 wickets during Australia’s 5-0 home Ashes whitewash of England in 2013/14 — leading the way with three for 27 in 10 hostile overs.

England’s decline to 42 for three at Lord’s on Sunday was the seventh time in their last 13 Test innings that they had been three wickets down for 43 or under. “Certainly over the last three or four months, we’ve found ourselves too often 30 for four (or) 40 for three,” said opening batsman Cook, who made 96 in the first innings but was out for 11 on Sunday. ALSO READ: Australian media hails record-breaking Ashes 2015 victory over England at Lord’s

“That’s not ideal in any circumstance, in any team,” explained Cook, who has had six partners at the top of the order — Joe Root, Michael Carberry, Nick Compton, Sam Robson, Jonathan Trott and Adam Lyth (who managed just seven runs in total at Lord’s) — since now team director Andrew Strauss retired three years ago. READ: Mitchell Johnson leads Australia’s roar back in Ashes 2015

“Big runs from the top order, you saw how Australia did it and how it sets up the game,” added Cook as he reflected on the tourists’ first innings 566 for eight declared, featuring Steven Smith’s 215 and Chris Rogers‘s 173.

“It’s something we’ll have to look at over the next couple of days.” The scale of England’s defeat could be seen from the fact that this was their fourth heaviest loss, in terms of runs, in the 138-year history of Test cricket. READ: England’s scars deepen after monumental thrashing by Australia at Lord’s in Ashes 2015

“Full credit to Australia — from the first morning, they got on top of us and never let us back in the game,” said Cook, who only a week earlier had led England to a 169-run win, also with more than a day to spare, in the first Test in Cardiff. “To get bowled out on that kind of wicket for a hundred is not good enough, not acceptable, not up to the standard that the guys can play.”

This was also the third time in as many series that England had been pegged back after going 1-0 up, with both the West Indies and New Zealand ending all square at 1-1 in shorter campaigns than the five-match Ashes.

“It’s incredibly frustrating,” said Cook. “I said before the game the last (two) times we’ve gone one up in the series, we haven’t managed to play anywhere near that standard we’ve set in the following game. “For whatever reason, I cannot put my finger on it.

“We’ve spoken about it. We had an opportunity here to build on Cardiff… and we haven’t taken it. “I think it’s probably a case of you can talk all you want — but it’s down to the players,” he added ahead of the third Test at Edgbaston starting on July 29.

For all their talk of playing “aggressive” cricket, a draw was England’s only realistic hope once Australia captain Michael Clarke declared for the second time in the match shortly before lunch on the fourth day. Yet a number of batsmen, including Cook, were dismissed playing attacking shots on Sunday. 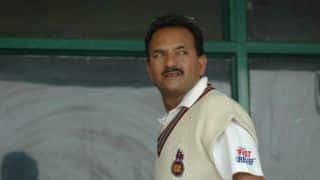