Wood was ruled out of the third Test at Edgbaston due to ankle injury.

Besides Wood, fast bowlers Liam Plunkett and Mark Footitt have been named in the 14-man squad for the match, beginning on Thursday. Stuart Broad desperate to fill in for James Anderson in 4th Test at Nottingham

Wood was ruled out of the third Test at Edgbaston due to ankle injury and was replaced by Steven Finn, who was adjudged as the Player of the Match. Trevor Bayliss calls upon England to keep up Edgbaston effort

Broad said that Wood would play at Trent Bridge if he proves himself fit for the fourth encounter, the BBC reported. Broad also stated that he was a big fan of Wood, adding that he loves how hard the seamer works and enjoys the game. Usman Khawaja reckons any change in Australian team will be harmful

England will aim to seal the five-match series after taking a 2-1 lead following an eight-wicket win over title holders Australia in Birmingham. Mark Footitt, Liam Plunkett added to England squad for 4th Ashes 2015 Test against Australia 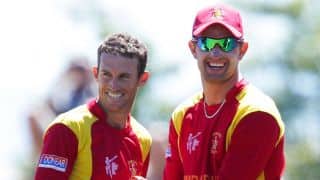 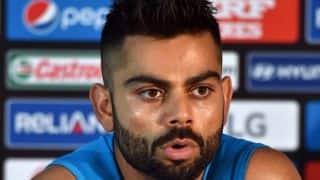