But with two more Ashes Test to go, in Sydney and Hobart, Root is hoping his side can lift itself up after three huge losses. Melbourne: England Test captain Joe Root was “bitterly disappointing” at the embarrassing defeat in the third Ashes Test and stressed on salvaging some pride in the upcoming test matches. England batters were all over the place on Tuesday — Day 3 of the third Test at the MCG — as they were bundled out for just 68 runs in the opening session of the day, with Australia winning the match by an innings and 14 runs.

“We need to put some pride back into the badge, to give people back home something to celebrate from this tour. It’s bitterly disappointing to be 3-0 down but with two Test matches to go we have to come away from this tour with a couple of wins,” Root, who along with No. 3 Dawid Malan are the only batters to notch some runs in the series so far, was quoted as saying by independent.ie after the humiliating loss.

The 68 was England’s lowest total on Australian soil since 1904, as Test debutant, pace bowler Scott Boland, ripped apart the tourists’ batting line-up to finish with figures of six for seven runs in four overs.

The Test team under Root has become the first England side to lose nine games in a year. Having started off the year with three consecutive wins, in Sri Lanka and India, England have now won just once in their last 12 Tests.

But with two more Ashes Test to go, in Sydney and Hobart, Root is hoping his side can lift itself up after three huge losses.

“I can’t be selfish and start thinking about myself. I’m in the middle of a very important series. My energy has to be all about trying to win the next game. The series isn’t over yet: we’ve got two very big games and, more than anything, it would be wrong to look past that. That’s all we have to focus on and that applies to me as well, as captain of this team. 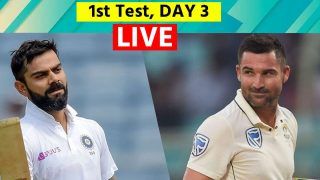 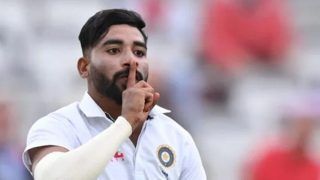