Australian cricket legend Ian Healy has said that 34-year-old Queensland batter Usman Khawaja could get a Test recall for the Ashes series starting in December.

Sydney: Australian cricket legend Ian Healy is hopeful that the 34-year-old Usman Khawaja could be in line for a spot in the Australian lineup for the upcoming Ashes starting in December. Healy reckons that the Queensland batter has it in him to be right up there and can be a good option to open the batting for the hosts with David Warner against England in the coming summer.

The five-match Test series is set to begin in Brisbane on December 8 and the 57-year-old wicketkeeper-batter added that what could convince Cricket Australia to include him in the squad was the player’s ability to “convince them that his technique outside off is solid”.

Khawaja has become the talking point in Australia’s cricketing circles following his century against South Australia in a Shield game on October 17.

Khawaja, who is days shy of turning 35, has not donned the baggy green since 2019.

“Khawaja is up there now,” Healy said on SEN Gold Coast on Monday. “To use the experience of Khawaja he too has to convince them that his technique outside off is solid. He sometimes doesn’t get that front foot going with enough intensity to crash cover drives and off drives.

“I see in the highlights last night (October 17) that his pull shot is back, I’ve seen him play some stunning innings a long time ago where he pulled everything and they just crashed into the boundary. That pull shot, he can rock back, play that or a cut but he needs to drive powerfully, it’s his drive that’s let him down in his last couple of Test stints where he’s knicked a few too many,” added the Australian wicket-keeping great, who has played 119 Tests with his highest being an unbeaten 161.

Healy feels that Khawaja could be the choice to partner Warner if Marcus Harris isn’t able to find form, or young Will Pucovski is not fit following a shoulder surgery and a recent blow to the head during nets.

“There’s a lot of Shield cricket to be played all through November. If he (Khawaja) keeps his form up and Marcus Harris doesn’t — that’s who he’s up against really if Pucovski doesn’t come through. Victoria and New South Wales haven’t played yet, so they’ve got to get that going. But, Khawaja, yep, if his form stays like this, I’m picking him,” added Healy. 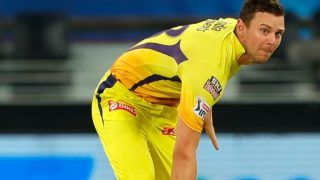 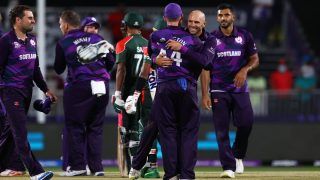