Following Australia's win, the spin wizard took to social media to congratulate the hosts and suggested remedies to England to overcome the dismal run. Adelaide: Australian cricketing legend Shane Warne has said that England have a lot of catching up to do if they want to reclaim the Ashes, and for that the tourists will have to completely overhaul their bowling department ahead of the traditional Boxing Day Test at the MCG starting on December 26.

England are 0-2 down in the five-Test series, having lost the opening match at The Gabba by nine wickets followed by a 275-run drubbing at the Adelaide Oval on Monday. Following Australia’s win, the spin wizard took to social media to congratulate the hosts and suggested remedies to England to overcome the dismal run.

Congrats to the Aussies on a hard fought win. England have a lot to do heading to Melbourne as they are now 2-0 down. They must start by picking the correct team including a spinner for the conditions. Crawley, Wood, Bairstow & Leach would make my team. For Oz Cummins for Neeser

Soon, his followers started posting who they wanted in the England Playing XI for the MCG Test. “Crawley for (Rory) Burns, Bairstow for (Ollie) Pope, Wood for (Ollie) Robinson, Leach for (Stuart) Broad,” suggested a follower.

England is reportedly looking for reinforcements, and eyeing its cricketers playing in the Big Bash League (BBL) in a bid to turn around its fortunes in series.

According to a report in The Cricketer on Monday, pace bowler Saqib Mahmood has been placed on standby and is most likely to be called for the third Test.

With Mahmood being reportedly in the scheme of things, another follower tweeted, “Crawley for Burns, Wood for Broad, Mahmood (BBL) for (Chris) Woakes! Im mystified about (Ben) Foakes! Replace (Jos) Butler! Garton, Yates and Parkinson not in Australia could have been used! We are getting hammered! Why stick with a team that everyone thought would lose 5-0 before a ball was bowled!” 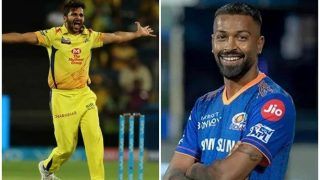 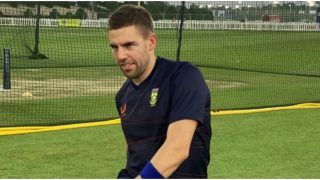