After playing in the three-match T20I series against England, Ashish Nehra could only feature in six games for the SRH in the 10th edition of IPL.

New Delhi: Veteran Indian fast bowler Ashish Nehra, who has been recalled for the T20 series against Australia, has admitted that his body has let him down in the recent years but he will continue to play and perform as long as he can. After playing in the three-match T20I series against England, where he tasted moderate success, Nehra could only feature in six games for the Sunrisers Hyderabad (SRH) in the 10th edition of the Indian Premier League (IPL) before being ruled out with a hamstring problem. “The only one thing that is not happy that I am still playing is my body,” Nehra said while speaking to ESPNcricinfo.

“I can play for another couple of years but it isn’t easy for a fast bowler at 38-39, especially considering the state of my body. But I am just trying my level best,” he added. The 38-year-old Delhi pacer further said that he was trying to catch up for the cricket he has missed the last seven-eight years of his career.

“When you are young you don’t understand these things, you don’t understand the value of playing for India. In the last 7-8 years I missed so much cricket, maybe you can say I am trying to catch that up. You can never go back, but for the last 4-5 years I am pushing myself and I am getting the results,” he said.”My body has let me down, that’s why I am so upset with my body at times. I am a firm believer that if my body is okay I can still play and deliver. That’s why I am always aware of my body,” he added.

The left-arm pacer further admitted he isn’t sure “how long I can play for” and isn’t looking much further than the immediate challenge of these three games against Australia.”At this stage, I don’t make plans. [I take] every series as it comes, I can’t promise anything about whether I will be playing the next IPL. I don’t know how long I can play for,” he said.

“Like I said earlier, if it was in my hands I would never stop playing cricket but that is not going to happen. My debut was in 1999, so it will be 19 years soon. I don’t think too many people thought I would be playing for 19 years. Already, I have managed to stretch myself so far, you never know, let’s see,” he added. 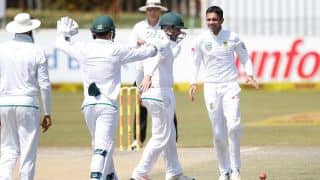 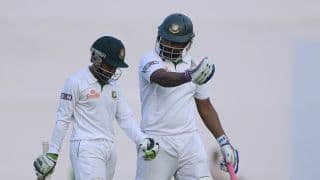