Giles was appointed as England's coach in shorter forms of the game in 2012.

Ashley Giles has resigned as an England selector after being passed over for the role of national team coach, the England and Wales Cricket Board (ECB) announced on Friday.

But after Andy Flower stood down as head coach following the team’s 5-0 Ashes thrashing in Australia, England officials decided they wanted just one man in charge of the side across all three major international formats Tests, one-day internationals (ODIs) and Twenty20 Internationals (T20Is).

And last week Giless’ hopes of succeeding Flower were ended when the ECB announced they had recalled former Lancashire boss Peter Moores for a second stint as England coach.

Unsurprisingly in the circumstances Giles, who guided Warwickshire to the County Championship in 2012, felt he could no longer continue as an England selector.

He has now been replaced on the four-man panel by Nottinghamshire coach Mick Newell, also a candidate for the England head coach position befire he too lost out to Moores.

“Ashley Giles has informed ECB [Friday] that he intends to step down from the panel and I would like to thank him for all his hard work and dedication to the England cause over the past six years both as a selector, and more recently as our limited overs coach,” ECB national selector James Whitaker said in a statement.

Newell, who will continue with his Nottinghamshire day job, joins a panel that also includes, Whitaker, Moores and another county coach in Middlesex’s former England seamer Angus Fraser.

“We welcome Mick to the panel and his passion, cricketing knowledge and in-depth understanding of our county game will be invaluable as we seek to identify potential international talent and develop outstanding England teams across all three formats of the game,” ex-England batsman Whitaker added.

Meanwhile Newell, who has served as a coach on second-string England Lions and Under-19s tours, and has twice been a County Championship winning coach with Nottinghamshire, said: “It’s a tremendous privilege and a great honour to be invited to join the England selection panel and I am really looking forward to working more closely with James, Peter and Angus.

“I would also like to thank Nottinghamshire CCC for their support in allowing me to take on this role and play a part in shaping the future direction of the England team.”

England’s next match is a ODI away to Scotland in Aberdeen on May 9. 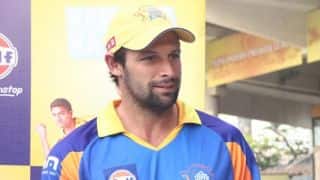 MS Dhoni has not changed since I have been around with CSK: Ben Hilfenhaus 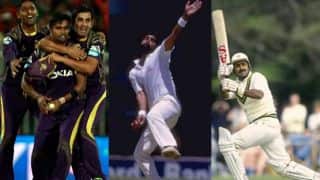