Dinda wanted to leave Bengal. But after talking with Sourav Ganguly he changed his mindset.

Ashok Dinda, the sidelined India pacer said, James Anderson’s recent performance against India inspires him for making a comeback in the Indian squad. “Anderson is bowling excellently. He is moving the ball both ways and getting a perfect grip and release. I have learnt a lot after watching him carefully in the ongoing series and if he can do it at the age of 32, than why can’t I?” — he said in an interview published in Bengali daily Ebela.

Dinda is yet to play any Test match for India. Currently he is following his Bengal team-mate Mohammad Shami’s performance on television. Talking about his off form in the tour of England, Dinda pointed out a mistake of Shami’s bowling. “To generate more pace, he [Shami] is facing problems. His wrist position is not perfect at this point. That is why he is having poor form in England.”

Dinda has taken around 40 wickets in 2013-14 Ranji Trophy. He has also got 14 wickets in the last domestic one-day tournament, Vijay Hazare trophy. Still he had been ignored by the national selectors. Even he was not selected to tour Australia with India A squad. Players like Jasprit Bumrah, Sandeep Sharma, Dhawal Kulkarni who had taken less wickets than Dinda in the last domestic season went to that tour. But according to Dinda these things doesn’t matter anything for him.

“I won’t compare myself with anyone. In last three domestic season I have taken around 120 wickets. If 40 wickets in one season is not enough than I will take 70 next time.” Dinda also revealed that recently he wanted to leave Bengal and play for other state in domestic cricket. But after talking with Sourav Ganguly he changed his mindset. He also said he has high expectation as an administrator from ‘Dadi’ [Sourav Ganguly], who is currently the Joint Secretary of Cricket Association of Bengal (CAB). 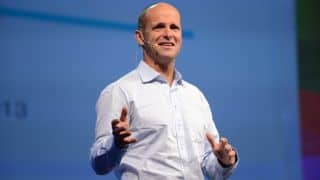