Australia A chased the 259-run target set by India A with three wickets and 9 balls remaining.

Chennai: Picking up a match-winning fifer in Australia A‘s third straight win in the tri-series, left-arm spinner Ashton Agar said on Monday the visiting bowlers kept their plans simple against the India A batsmen and adapted well to the pace of the wicket. Australia A outplayed India A by three wickets to book their final berth. After restricting India A to 258 for nine, the Usman Khawaja-led side achieved their target with nine balls to spare. Man of the Match Agar (5 for 39) was happy that the bowlers executed their plans well.

“May be our plans are little bit more simple. Maybe the nets helped us. I think we adapted well to the pace of the wicket and put the ball on the spot where it was most likely to get a positive outcome. I think that really helped us in saying that our spinners bowled well,” Agar told reporters after the game. READ: Ashton Agar helps Australia A clinch 3-wicket win vs India A

“I think we got some really good death bowlers and we have got good depth in our squad. But cricket is a funny game.

So I cannot say that they are good death bowlers because they could really turn around one day and bowl extremely well in the death,” he added.

India A spinner’s, led by leg-spinner Karn Sharma (3 for 45) tried hard to stop visiting charge but failed to stop the visitors from running away with the target. The 21-year-old youngster did not forget to praise the opposition spinners.

“Their spinners bowled very well. Earlier on they bowled quite nicely. I think they have got enough,” the youngster opined.

Australia were in trouble at 178 for six before Adam Zampa (54) and Callum Ferguson (45 not out) stitched a crucial 80-run seventh-wicket partnership to enable the visitors fightback and finally win the game. Agar admitted the nerves in the dressing room. UPDATES: India A vs Australia A, Triangular Series 4th Match at Chennai

“Little bit nervous but we have got great depth in our squad. We bat all the way down and Zampa had done that before for his state. We have good confidence in him. He would not even know that he was there and he had done a great job through the middle overs and finish it off at the end. So that is extremely a good job,” he said.

Agar also admitted that 259 was indeed a tough chase on a tricky wicket. “Yes, very hard to chase. It is always tough to chase. It does slow down a lot from the beginning of the game to the end,” he said.

With the new ODI rules now in play, teams can field five fielders outside the inner circle in overs 41-50 and Agar believes that it increases the role of spinners in death overs.

“I think it is going to bring the spinners in to the game in the last ten overs, especially on turning wickets. They would be hardest to get away. It is going to give more protection and it is really going to be difficult for the batters to hit them to certain areas. I think it is important for one-day cricket. So, the spinners will really play a big role in the death overs,” he said.

Agar though was not too worried about the boundary ropes being extended further in the last couple of games. 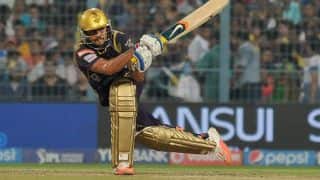 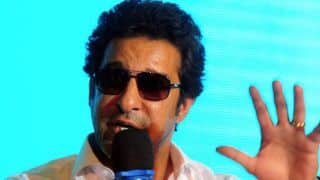