There was blood on Ashton's face and looking at the his deplorable condition, team-mate Jhye Richardson immediately signalled for medical assistance. 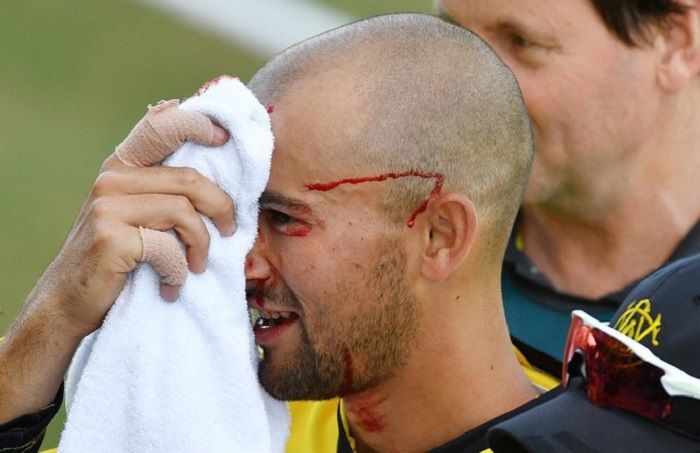 The incident took place when Ashton Agar misjuged a catch hit by his own brother Wes at the Karen Rolton Oval. Ashton ran for the catch at mid-on, but slipped and copped the ball right between his eyes.

There was blood on Ashton’s face and looking at the his deplorable condition, team-mate Jhye Richardson immediately signalled for medical assistance right away as Wes ran over to check on his brother’s well-being.

“He slipped over and the ball hit his glasses and the glasses split him open,” Wes Agar said.

“The doctor wanted to stitch him up, but he just got engaged so he said he’ll leave it to a plastic surgeon. I was pretty rattled … It looked really bad. I was just worrying about his health. I wasn’t thinking about anything else, I just ran out of my crease to go see him. I didn’t feel great, but thankfully he’s okay.”

GRAPHIC CONTENT: Not for the faint-hearted, here is the footage of Agar’s knock. Ouch! #MarshCup pic.twitter.com/h6Jj3drPsO

Earlier, Wes had dismissed his brother to cap off a sensational five-wicket haul but it was Ashton’s Western Australia who won a thriller by six runs. “It’s always nice to get your brother out,” Wes added. “I played against him once [before] but only bowled about two balls to him.

“To get the five and him on the fifth, I’m not going to lie, it was pretty special.”

Ashton has played four Tests, nine ODIs and 21 T20Is for Australia, including the recent three-match series in the shortest format against Pakistan. 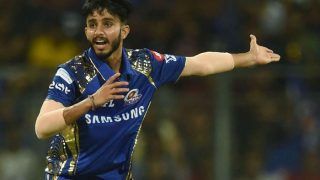 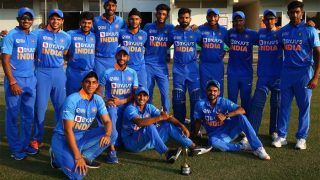