The two bookies were booked under the Prevention of Gambling Act.

The city police on Wednesday arrested two persons for accepting bets on the Sri Lanka–Pakistan cricket match of the Asia Cup 2014.

“We have seized 17 cellphones, two laptops, an LCD TV, an Ertiga car and a motorbike from them, worth a total of Rs 10 lakh,” he said.

“On a tip-off, we caught them taking bets on Sri Lanka-Pakistan match from residential flats at Bopal and Sola.

A third bookie named Anil Thakker managed to flee. We have formed a team to nab him,” he said.

The two were booked under the Prevention of Gambling Act and police would seek a 10-day remand for their interrogation from the court, the inspector said. 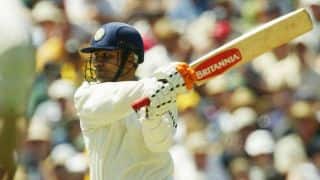