Malinga finished with figures of five for 52 against Pakistan.

Sri Lankan captain Angelo Mathews heaped praise on Lasith Malinga, who played a crucial role in his side’s 12-run win over Pakistan in the Asia Cup 2014 opener, and said the right-arm fast bowler has been his “go to man” under pressure situations.

“Malinga is the best bowler for us and has been in the past few years. Whenever we are under pressure he is our go to man and he did it again,” Mathews said at the post-match presentation ceremony.

Malinga produced a sensational spell of death bowling, picking up key wickets at crucial junctures, to ensure the win for his side with seven balls to spare.

Chasing an imposing 297 for victory, Pakistan were on course for a remarkable victory before Malinga came up with a fiery spell to bowl out the ‘Men in Green’ for 284 in 48.5 overs.

Malinga first sent back dangerman Shahid Afridi (4) and well-settled skipper Misbah-ul-Haq (73) in a span of three deliveries in his eighth over before returning back to dismiss Saeed Ajmal (10) and Bilawal Bhatti (18) in his final over to finish with figures of 5 for 52. 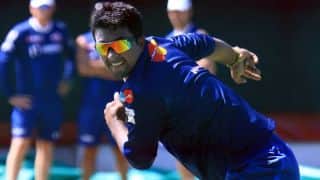 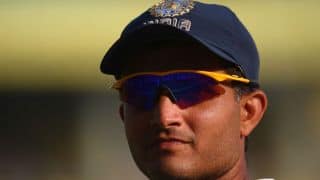