The young Pakistan side will be confident of retaining the title after their recent ODI success.

With just over a week separating the Asia Cup final and the start of  ICC World T20 2014, all the five teams of the Asia Cup will be eyeing to polish their playing XI in the 50-over format to excel in the T20s. The Asia Cup commences with Pakistan and Sri Lanka playing at Fatullah. The two teams had recently played a five-match One-Day International (ODI) series in UAE.

While Pakistan bagged the series against Lanka, both teams will be confident of their performance after the Lankans whitewashed Bangladesh just two days ago.

The exciting aspect for both teams is that there are many new players who have shown some promise to sustain the team’s fortunes for the future. Pakistan have got a stable opening pair with Sharjeel Khan and Ahmed Shehzad. Junaid Khan with his pace has been on an exceptional run. Mohammad Hafeez who has had an erratic 2013 in Tests was a completely different player in the ODIs. Pakistan’s ODI side has shaped up well after a poor run in the first half of 2013.

Apart from the above, Bilawal Bhatti has been a promising find. Potentially, Pakistan’s replacement to Abdur Razzaq, Bhatti has impressed with his all-round skills since his debut. And in the end, the saviour Misbah-ul-Haq has stood rock solid through the different phases Pakistan cricket has gone through recently. Shahid Afridi though has been in some discomfort after the jaw injury but is likely to be fit in time for the match. Pakistan look like a confident unit good enough to defend the title as the champions in Asia. The big confidence booster came after the series win in South Africa followed by the win against Sri Lanka.

As far as the Sri Lankan camp is concerned, there could be nothing better than a clean sweep against the Asia Cup hosts Bangladesh. They also played for the first time without old warhorses Tillakaratne Dilshan, Mahela Jayawardene and Kumar Sangakkara in the final ODI for the first time since 1998. Dilshan though will miss the Asia Cup as well due to a finger injury. Sangakkara and Jayawardene return thereby bringing a reassuring feel to the middle order. Skipper Angelo Mathews finally appears settled into his role of leading the side and playing the finishing role down the order with the bat. One of the better news for the Lankans has been that of Kusal Perera. After much fanfare about his Jayasuriya-like batting style, Perera failed miserably and his temperament too was in doubt. He quelled those doubts with a ton in the final match against Bangladesh.

With Suranga Lakmal, Lasith Malinga and Dhammika Prasad (called in as replacement for injured Nuwan Kulasekara), the Lankans seem to be doing well in the bowling department with Ajantha Mendis likely to add to the spin variety in the absence of Rangana Herath.

The series win over Sri Lanka early this year, gives Pakistan the edge in the encounter. But given the young side of the two teams, there is still the unpredictable feel to the match. A stiff encounter to kick start the Asia Cup.

(Abhijit Banare is a reporter at CricketCountry. He is an avid quizzer and loves to analyse and dig out interesting facts which allows him to learn something new every day. Apart from cricket he also likes to keep a sharp eye on Indian politics, and can be followed onTwitterandblog) 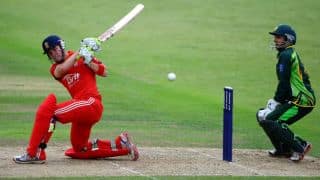 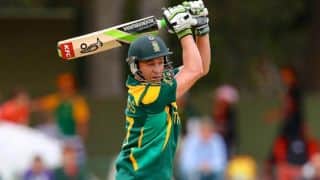