Pakistan coach Waqar Younis has termed Mohammed Amir's performance against India as "outstanding" in Asia Cup 2016 tie which his team lost by 5 wickets.

Mirpur: Pakistan coach Waqar Younis has termed Mohammad Aamer’s performance against India as “outstanding” but at the same time said his sufferings in the last five years after being convicted for spot-fixing has been his own fault for which no one should feel bad. “It was his own fault and one shouldn’t cry on that. He (Amir) is definitely world class and is getting better aand stronger with every match. Even Virat Kohli has acknowledged that he is world class. He is an inspiration for young fast bowlers. Today the length at which he especially bowled and swung the ball at that pace was simply outstanding,” Waqar said about the ‘Enfant Terrible’ of Pakistan cricket. Full Cricket Scorecard: India vs Pakistan, Asia Cup T20 2016 Match 4 at Dhaka

Even Indian captain Mahendra Singh Dhoni conceded that Amir’s length was the key. “It was a great spell by Amir. His advantage was he bowled full. In this Pakistan team Amir and Mohammed Sami are the two bowlers who bowl a fuller length while the other two (Mohammed Irfan and Wahab Riaz) don’t bowl too full and also don’t swing much. But with quota of only four overs, captain is also under so much pressure,” Dhoni said. Virat Kohli’s genius trumps Mohammad Aamer’s brilliance as India beat Pakistan by 5 wickets in Asia Cup T20 2016

Both Waqar and Dhoni were asked about how situations have reversed from 80’s and 90’s when Pakistan used to be favourites to now when India are considered to be way ahead. Both in their own way conceded that Pakistan teams of the bygone era, were better while India now have a more compact side. “Credit should be given to India. They have some compact batsmen but we also have some fine fast bowlers who can get any team out in any conditions,” Waqar said.

Dhoni for one gave an elaborate explanation about how Pakistan had more multi-dimensional unorthodox players in the 80’s and 90’s with some quality fast bowlers who could use reverse swing.

“You have to see the era of players. You can compare Pakistan teams of 90s and before that with Indian teams. I am not saying we were bad but Pakistan had those all-rounders, they had bowlers, who could bowl quick and talent to reverse, that put used to pressure on our batsmen. In 90’s, they also had good batsmen, they had strong side, backed by talented players, who were not very orthodox,” Dhoni said.

“Often we say it’s a match between their bowlers versus our batsmen but our bowlers have also improved.” 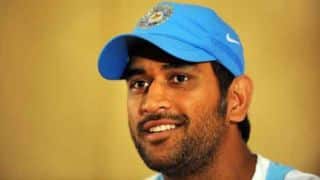