Ahead of Bangladesh s departure to the UAE to contest the 2018 Asia Cup, their captain Mashrafe Mortaza and head coach Steve Rhodes have outlined the challenges facing them. While Mashrafe is targeting the team s opening game against Sri Lanka to ensure that progressing out of the league stage becomes easier, Rhodes was confident of Bangladesh s chances in the tournament given their spin depth and recent success over West Indies.

”I think every team is a threat for us,” Mashrafe told reporters in Dhaka on Thursday. ”If you look at the bowling strength of Afghanistan and all-round potency of the Sri Lankans, anything can happen. So for us the opening game is the most important. If we can do well in the opening game we have a chance to progress further in the tournament.”

Bangladesh, who are pooled in Group B of the Asia Cup with Sri Lanka and Afghanistan, will fly to Dubai on September 9. They play their first match versus Sri Lanka on September 15. From each group, the top two teams will progress to the Super Four.

Sitting besides Mortaza, Bangladesh s new head coach Rhodes backed the team s spinners to do well in the Asia Cup when asked about the threat of playing Afghanistan, who this summer beat Bangladesh 3-0 in a T20I series in Dehradun.

“We have finger spinners as role models in Shakib [Al Hasan] and Mehidy [Hasan Miraz]. As soon as we have wrist-spinners as role models, then the youngsters then may start doing it in the streets, he said. “We have tried to include some legspinners so that our batsmen get some practice. I think we should respect Afghanistan. Some quality cricketers play for Afghanistan. They will be respectful of our cricketers too, even though they beat us in the T20s. It will be a really good contest.

”Afghanistan are a tough team. The T20 is their better format. We are not going to take that game lightly, at all. We have to be on top of our game against them and Sri Lanka.

For Mashrafe, however, the Afghanistan match remains a hurdle. ”If we can win the opening match we are sure it will help us to handle Rashid [Khan] and Mujeeb [Ur Rahman] much better,” he said, but if we don’t do well in the opening game it will be even twice the more difficult to beat them so the first game will set the tone for us.

“I think it would be a wonderful achievement for us to win the Asia Cup. We are going there full of confidence. We are ranked higher than the West Indies but those were still tough games. Winning there gave the team a lot of confidence, he said. ”We have two games to qualify, which is the most important thing. We shouldn’t assume that we will get into the next group. We play well against Sri Lanka and Afghanistan, then it will add to the confidence. Then if we are in the last stages of the tournament, why wouldn’t you believe that you could win.

“If I was looking at a crystal ball, I could have told you that we have won the Asia Cup. But I don’t have it. There are other mighty teams in Asia – India, Pakistan, Sri Lanka and Afghanistan. We believe we can. If we try our best, give the 100 per cent, and play some good cricket and believe we can win. 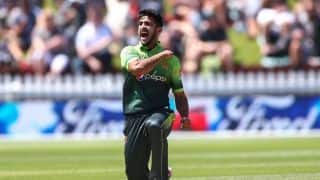 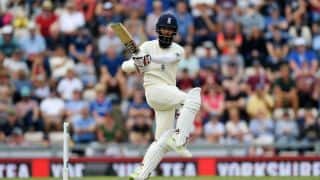