Grant Bradburn, the former New Zealand offspinner and coach of Scotland, has been named by the Pakistan Cricket Board (PCB) as fielding coach of the Pakistan team for a three-year period.

Bradburn, who played 11 ODIs and seven Tests for New Zealand between 1990 and 2001, will link up with Pakistan in the UAE as they prepare to contest the 2018 Asia Cup.

It is a great honour to be joining Pakistan Cricket Team and their high-quality coaching staff. I have seen the progress that has been made under Mickey Arthur and the opportunity to work with a leading full member team on the rise in world cricket, is a real privilege, Bradburn, 52, said in a PCB release Thursday.

Against Scotland in June, we saw the impressive changes that have been instilled, noticeably with the physical stature and fielding abilities of Pakistan s players. I look forward to adding my experience to the players and staff, while being an integral part of the exciting and dominant team, Team Pakistan is becoming .

A Hamilton native, after playing 115 first-class and 125 one-day matches for Northern Districts he coached the side for five years during which they won the Plunket Shield (2009-10 and 2011-12) and the one-day title (2008-09 and 2009-10). In 2014, Bradburn was named head coach of Scotland until the end of 2017, during which time they made it to the 2015 ICC Cricket World Cup, beat Hong Kong at the 2016 ICC World T20, defeated Zimbabwe for their first ever ODI win over a Full Member and, most recently, notched up an ODI win over England after posing their highest total of 371/5.

His contract with Scotland was due to expire at the end of 2018. Recently, talks of his contract being renewed escalated after Bradburn expressed interest in coaching New Zealand. 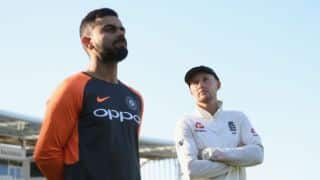 India vs England 5th Test: Can India finish the series on a high?