Hong Kong captain Anshuman Rath opted to bat against Pakistan after calling it correctly at the coin toss in their Asia Cup 2018 opener in Dubai on Sunday.

Hong Kong captain Anshuman Rath opted to bat against Pakistan after calling it correctly at the coin toss in their Asia Cup 2018 opener in Dubai on Sunday.

Hong Kong made it to the biennial tournament after beating UAE in the final of the qualifiers earlier this month. This is their third appearance at the Asia Cup after 2004 and 2008.

Pakistan have won the tournament twice in their history in 2000 and 2012 and will be aiming to start their campaign on a winning note before meeting India in a blockbuster contest on Wednesday (September 19).

“We saw the game yesterday. Pitch stayed true throughout. Hoping it will roughen up a bit through the course,” Rath said at the toss. “We’ve beaten top teams before, hope we could do it again. It’s more of a confidence thing. After the qualifiers, a lot of our players have taken confidence. Hopefully we can put runs on the board.”

Pakistan captain Sarfaraz Ahmed expects the pitch to not offer much assistance to spinners. “(We) Wanted to bat first, but that’s not in our hands. Congrats to Hong Kong, this is a big event for them. Won’t take them lightly, won’t relax. (It’s a) Long tournament, we’ll go match by match. If you see the last match, didn’t see much spin,” he said.

On Saturday, Bangladesh crushed Sri Lanka by 137 runs in an all-round performance that saw Mushfiqur Rahim hitting a memorable century. Chasing 262, Sri Lanka were bowled out for 124 as Bangladesh recorded their biggest away win in ODIs. 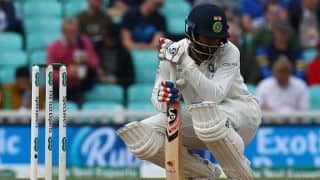 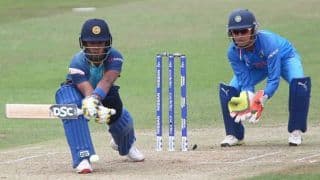