Overwhelming favourites India will look to defend their title when they face an injury-hit Bangladesh side, renewed with confidence and vigour, in the final of the 2018 Asia Cup at the Dubai International Cricket Stadium Stadium on Friday.

In their last Super Four match, a virtual semi-final, Bangladesh displayed tremendous courage to knock Pakistan out of the continental showpiece during a clinical 37-run win on Wednesday despite the absence of key players, Tamim Iqbal and Shakib Al Hasan – out due to injuries.

India, on the other hand, fielding a second-string side led by MS Dhoni, were gobsmacked after they were held to a thrilling tie by Afghanistan. Despite the makeshift opening pair of KL Rahul and Ambati Rayudu laying a good platform for the chase, India s middle-order failed to finish the task. After resting five of their regulars for the Afghanistan tie, the order will be restored for India against Bangladesh in what is a repeat of the 2016 summit clash, albeit being a T20 affair.

A thriller awaits in Dubai. Will Bangladesh capitalise on their new-found confidence or will India assert its dominance in Asia for a record seventh time?

Weather: Mostly sunny with a high of 41 degrees

Shikhar Dhawan, Rohit Sharma, Yuzvendra Chahal, Bhuvneshwar Kumar and Jasprit Bumrah will be back for the all-important final. A lot will depend on Dhawan and Rohit, who have been phenomenal this series, but with Bangladesh pacer Mustafizur Rahman high on confidence after a four-wicket haul against Pakistan, the Indian batsmen will want to be watchful of him. India will want Dhoni, who has a had a poor outing with scores of 0, 33 and 8, to sign off the series with some contribution. He can lend much-needed stability to the middle-order in case of a top-order collapse.

The move to bring back Rubel Hossain against Pakistan paid rich dividends for Bangladesh. Not only was he economical in his eight over-spell (4.75), but he also claimed the wicket of dangerman Shoaib Malik, thanks to some brilliant work from skipper Mashrafe Mortaza, who picked a screamer at mid-wicket. Mortaza might have hurt himself in the bargain as he looked to be in discomfort after that catch. Bangladesh have had enough of injury hassles and will want their skipper to be fit for the final. Bangladesh are likely to field the same eleven that faced Pakistan in their last Super Four clash. Mushfiqur Rahim did not keep wickets and was the off the field during Pakistan s innings bringing to focus his matc hfitness come the final.

In the ODI format of the Asia Cup (1988-2014), India and Bangladesh have played 10 matches. India have won nine. India had defeated Bangladesh in this tournament s Super Four stages by seven wickets. In the 2016 edition, which was a T20 tournament, India beat Bangladesh by eight wickets.

“We always know that India are a serious side and the number one side the world. We still need to improve a bit of our batting and bowling.” – Bangladesh skipper Mashrafe Mortaza 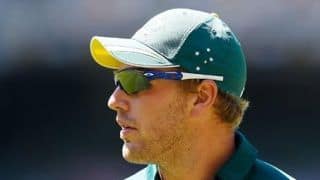