Both Sri Lanka and Pakistan have already reached the final of the Asia Cup 2022.

Dubai: Excellent performance by spinners Wanindu Hasaranga and Maheesh Theekshana, followed by an equally impressive half-century by Pathum Nissanka (55 not out off 48) led Sri Lanka to a convincing five-wicket win over Pakistan in a Super Four match of the ongoing Asia Cup 2022 at Dubai International Cricket Stadium, here on Friday.

Both Sri Lanka and Pakistan have already reached the final of the tournament. So, it was a dress rehearsal before the summit clash and Sri Lanka will move into Sunday’s match with winning momentum and confidence.

Spinners Wanindu Hasaranga (3/21) and Maheesh Theekshana (2/21) bowled brilliantly to bowl out Pakistan to 121 19.1 overs. Apart from Hasaranga and Theekshana, Pramod Madushan (2/21), Chamika Karunaratne (1/4) and Dhananjaya de Silva (1/18) also bowled with discipline and did a decent job for Sri Lanka.

Chasing a small target, Sri Lanka were off to a terrible start, losing three wickets in the powerplay. Opener Kusal Mendis and Danushka Gunathilaka didn’t trouble the scorers and got out to Mohammad Hasnain and Haris Rauf respectively.

Dhananjaya de Silva decided to counterattack and got a boundary on a pull shot. However, a bad shot in Rauf’s over cost de Silva his wicket, leaving Sri Lanka in a spot of bother at 29-3 after 4.6 overs.

After losing three crucial wickets inside the powerplay, Sri Lanka needed a partnership to revive their innings. The pair of Pathum Nissanka and Bhanuka Rajapaksa countered the Pakistan spinner efficiently during middle overs and stitched a 51-run stand for the 4th wicket.

Rajapaksa, who hit a couple of delightful sixes against Usman Qadir eventually found the fielder while trying to launch another one over mid-wicket, getting out after a breezy 24.

From there on, Sri Lanka needed 42 from 51 balls and Nissanka carried his impressive outing with the bat to complete his half-century and take his team closer to victory. He got fine support in skipper Dasun Shanaka, who added some momentum to the Sri Lanka innings, making a quickfire 16-ball 21 before falling with Sri Lanka needing less than 10 runs to win.

Wanindu Hasaranga (10 off 3), who came to bat next, smashed two boundaries in three balls and along with Nissanka remained not out, leading Sri Lanka to victory in 17 overs, with five wickets in hand. Haris Rauf (2/19), Mohammad Hasnain (2/21), Usman Qadir (1/34) were the wicket-takers for Pakistan.

Earlier, put into bat first, Pakistan lost the wicket of inform Mohammad Rizwan (14) in the fourth over. Rizwan looked to slog the ball from well outside off but he top-edged and Kusal Mendis took an easy catch.

Thereafter, Fakhar Zaman and skipper Babar Azam batted too cautiously and took Pakistan to 49/1 after 6 overs. Even after the powerplay, Pakistan continued their conservative approach as none of the batters was willing to take risks.

The pressure was building and Fakhar decided to break the shackles but Chamika Karunaratne dismissed him courtesy of a brilliant catch by Wanindu Hasaranga at the boundary line. In the very next over, Hasaranga cleaned up Babar, who walked down the wicket and looked to hit the ball over the fence but miscued it completely, leaving Pakistan in a spot of bother at 68/3 after 10.4 overs.

The spinners especially continued the good work, putting a lid on the scoring rate, which brought success for Sri Lanka. Pakistan lost the wickets of Khushdil Shah (4), Iftikhar Ahmed (13), Asif Ali (0) and Hasan Ali in quick succession, getting in deep deep trouble at 95/7 after 15.6 overs.

It was Mohammad Nawaz, who hit a few boundaries and six to give some late flourish to his team’s innings before getting run-out in the penultimate over. Eventually, Pakistan was bowled out for 121-10 in 19.1 overs. 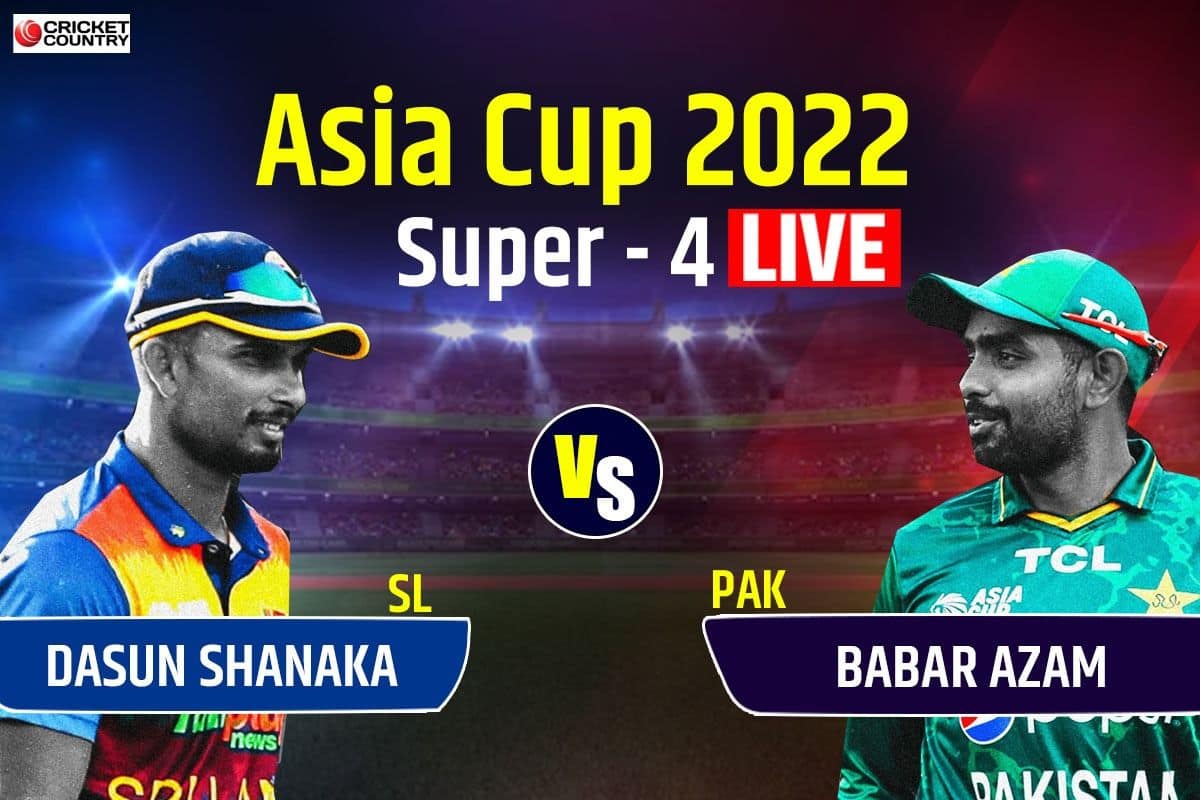