Mirpur:  The emergence of young Jasprit Bumrah as a potent “death overs” bowler has come as a huge “relief” for Indian captain Mahendra Singh Dhoni, who complimented the Gujarat lad for being equally effective with the new ball. “Jasprit is someone I feel who bowls well with the new ball also. Yes, he has given us some relief when it comes to death bowling. But people should realise that he will also go for runs on some days. So far he’s been very good for us with the new ball as well as the death,” Dhoni praised the youngster, who came into the national reckoning after a successful stint with the Mumbai Indians in IPL. FULL CRICKET SCORECARD: India vs Sri Lanka, Asia Cup 2016, Match 7 at Dhaka

“Death bowling is something where you cannot only give away 12 runs in last two overs. At times, you will give away 20-22 runs also. But looking at that kind of a game, you may also feel that ‘okay, 20 was also very good death bowling”, he added. Dhoni, who had earlier termed Hardik Pandya as a ‘Game Changer’, said that his all-round presence has lend the side necessary balance going into World T20.

“This format is especially better-suited to somebody (Hardik), who can bat and bowl. All-rounders have two departments to contribute and can make up for failure in one with performance in the other. Also performance in one department helps them carry the confidence into the other,” the skipper said.

“That’s the reason why our team is looking more balanced. Looking at the conditions, you have three fast bowlers and two spinners. Then you include two part-timers (Raina, Yuvraj) if needed. So it looks very good bunch of players, ideally suited for the conditions”, said Dhoni.

Yuvraj Singh‘s 18-ball-35 is something that has pleased the skipper and no wonder he stands vindicated. “As far as Yuvi’s batting is concerned, I have already told that the more time he gets out there in the middle, the better it is for him. I felt that his approach has always been very good. He gave himself two or three balls before playing the big shot. And you saw today, he is someone who can hit sixes at will. So if the same thing continues gradually, he will be in a very good position before the World Cup.” ALSO READ: Yuvraj Singh vs Sri Lanka at Dhaka: From ICC World T20 2014 to Asia Cup 2016, life has come a full circle

Virat Kohli blasted another half-century to guide India to a five-wicket win over Sri Lanka and Dhoni said it is his hunger to succeed that makes him special.

“Right from the start, he (Virat) was always someone who wanted to contribute more. Even if he would get out on 80, he was somebody who wanted to get that 100. If 80 was good enough and the team wins, he was happy with it. But he still wanted to contribute more. He knew the importance of converting those 70’s into hundreds. It’s not only good for the individual but it was also very good for the team,” he said.

“He (Virat) is always somebody, who wants to put that emphasis on his game. Over the years, he has turned into someone who reads the game very well. Knowing whom to target, when to target, what are his strengths. That is something very important,” Dhoni said.”All of us have our own strength. But it is very important to back your strength and not to venture out into areas that are not your strength. He’s looking like a much more matured cricketer. Overall, he’s been just fantastic for the side.” ALSO READ: Virat Kohli master-class takes India past Sri Lanka in the Asia Cup T20 2016 match 7 at Dhaka.

Dhoni admitted that the pitch against Sri Lanka was less seamer-friendly than the earlier two but at the same time there was some purchase for the faster bowlers.  “I think in the first two games, the wickets were more seamer-friendly wickets. Even today, it might not look very alarming but there was enough movement to trouble the batsmen.

It was not as if you can come and play your big shots and easily get away with a lot of runs. If you were hitting the right areas, it was difficult. It was demonstrated by fast bowlers from both the teams.” The India skipper again kept the “revenge bit” out when he was asked whether he had that feeling considering that they lost the World T20 to the same opponent at this very venue during the last edition.

“I don’t think it can be compared to losing a World Cup final. You can win 10 matches like these but that one match is special. It’s like taking a hat-trick. You can bowl good deliveries to get wickets but to take a hat-trick, you have to bowl three-wicket taking deliveries, which may not be your best ones,” he said.

The Asia Cup has been a good experience for Rohit Sharma and Shikhar Dhawan but Dhoni feels the opening duo will not go out with any particular mindset during the upcoming World T20.

“You won’t go in with the mindset that generally this is what happens here and we will bat like this. It will push the openers especially to play a few deliveries, especially, if you are batting first. If you’re batting second, you get some sort of an idea as to what is happening,” Dhoni said.

“But if you’re batting first, they will give time to the bowler. Then after the second or the third over, depending how much it’s deviating off the wicket or if there is some swing, then they will play their shots because one or two overs for this side won’t make a lot of difference.

“Even if we don’t get too many runs in the first two overs, we have the firepower to get those runs in the next 18 overs. That has been our strength.” 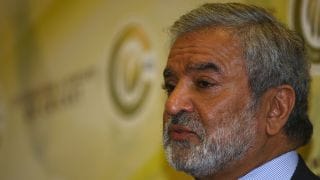