Former India batting stars Robin Uthappa and Gautam Gambhir calmed down the audiences at an interview about their hopes of watching India winning the ICC World T20 2016 by pointing out that the format is highly unpredictable.

Former India batting stars Robin Uthappa and Gautam Gambhir calmed down the audiences at an interview in a media event, about their hopes of watching India go all the way and win the ICC World T20 2016 by pointing out that the format is highly unpredictable. Gambhir was quick to say that there can be no favourites in the T20 format of the game but was happy to see India showing intent in their way of approaching the much-awaited competition. He was pleased to see India’s high-spirited fielding performances over the past few months. “I think we’re one of the top fielding sides,” Gambhir said with no doubts. READ: ICC World T20 2016: Virender Sehwag looking forward to watch Yuvraj Singh in the tournament

Meanwhile, the left-hand Indian opener was also quite happy to see his previous team mates Ashish Nehra and Yuvraj Singh back doing business for the Indian team. “It’s good to see Nehra performing on his comeback, but the test will be the World Cup,” Gambhir said when asked about Nehra. Robin Uthappa, who recently married Sheetal Gaoutham, was also content to see how power-hitter Yuvraj Singh is slowly regaining his touch. “To have Yuvi in top form is a bonus, a big plus for us. We are all rooting for him to do well,” said Uthappa. “I hope he peaks in time for the World Cup,” added Uthappa. READ: Asia Cup T20 2016; Yuvraj Singh: Happy with the flow

When asked about India’s clash against their arch rivals Pakistan in the already controversial encounter that is supposed to take place in Dharamsala, Uthappa said India’s past record would give them confidence heading into the tie. On the other hand Gambhir said that Team India would look to approach it the same way as some other game. “The media hypes this game up but we approach it as we would any other game, and try not to let the emotions of playing against Pakistan get in the way,” said Gambhir. 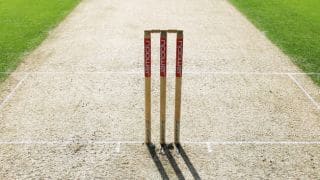