At the 2014 Asian Games in Incheon, South Korea, the men’s and women’s cricket competitions will feature ten teams respectively. The event will commence from the 19th of September, 2014.

India will not be sending a team for the games.  Bangladesh and Sri Lanka are the only two countries who will be sending full men and women cricket teams. Pakistan will only be sending their women’s cricket team. Bangladesh then, will just be returning from a tour of the West Indies, so they may rest their top players. They had a squad which was a mixture of few first team and second team players.

For Sri Lanka this will be between two of their tours, one in Pakistan and the other will be a visit of England in November. Last time they crashed out in the semi-finals after losing to Bangladesh. The sides competing in the men’s competition will be Afghanistan, China, Hong Kong, Kuwait, Malaysia, the Maldives and Nepal along with the hosts that is – South Korea. South Korea has been trying to convert their baseball players into cricketers and currently are in Fiji for the preparation.

United Arab Emirates (UAE) were unable to register themselves, as the rules of Asian games demands all participants to be nationals of their respective country. China, Hong Kong, Japan, Malaysia, Nepal and Thailand as well as hosts South Korea, who will be making their debut in international women’s cricket, will be joined by three full members.

The Yeonhui Cricket Ground, has been constructed in Incheon , which will have 7 turf wickets and seating for over 2,000 spectators. The exact format of the tournaments is yet to be confirmed. The last Asian Games in Guangzhou, China, saw cricket being played for the first time. Bangladesh won the gold medal in men’s and Pakistan won the gold in women’s tournament respectively. 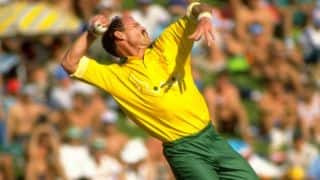