While the International Cricket Council (ICC) is reportedly reconsidering the possibility of scrapping coin toss in Test cricket, former Pakistan skipper Asif Iqbal doesn t seem to be quite impressed with the idea.

While the International Cricket Council (ICC) is reportedly reconsidering the possibility of scrapping coin toss in Test cricket, former Pakistan skipper Asif Iqbal doesn t seem to be quite impressed with the idea.

Since the very first match between Australia and England at the MCG in 1877, every single Test has begun with a toss of the coin.

According to the tradition, the home skipper flips the coin and the visiting captain decides for heads or tails.

If the ICC decides to scrap the coin toss, then the move would see the visiting skipper make a call on whether to bat or bowl first in the hope that this would stop host nations from preparing extreme wickets.

However, the idea has not gone down well with Iqbal as he said that he is not in favour of scrapping the toss.

No, I am not in favour of scrapping the toss. Every visiting team will also be hosting tours and be having the home advantage. To be the best and top team in the world ranking you need to win both at home and more importantly away from home, the Dawn quoted Iqbal, as saying.

The 74-year-old insisted that toss is a crucial part of cricket and scrapping the same would take away the challenge that the winning skipper has of making the correct decision.

That can only be done by mastering the alien condition teams will face on touring other countries. The toss is an integral part of cricket matches and taking away toss is taking away the challenge winning captain has of making the right decision. On winning the toss, he said.

The excitement of making the right choice of team selection, batting or fielding first, the role of reading the wicket and the influence of weather… all these elements of surprise, doubts and knowledge will be taken away by erasing the toss, the former Pakistan cricketer added.

In case the ICC decides to change the rule, it is most likely to come into effect prior to the first-ever World Test Championship, which will begin next year and runs through until 2021. 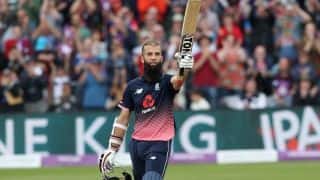