Assad Fudadin’s, who played three Tests for West Indies in 2012, will be eyeing a comeback when he takes part in West Indies Cricket Board’s(WICB) Professional Cricket League (PCL) four-day tournament, which starts in November. Speaking to Guyana Times Sport, Fudadin said, “For this season, I am trying to work on my game, to get some runs, so I can get back into the West Indies set-up. I am not disheartened by not making the West Indies squads of recent; I know it’s just a matter of time to get back there, but I have to focus on what’s important and the things that you need to continually keep doing, which is to keep performing.” This will be the second edition of PCL.

Fudadin made 122 runs from his five innings, with one half-century under his name, when he was selected to play in the Test series against New Zealand and England in 2012. Despite being selected in place of injured Darren Bravo for West Indies tour of South Africa in 2014, Fudadin was later ruled out with a fractured little finger on his right hand.

“I have high expectations of myself for the upcoming PCL. My game is at its peak right now, so I am confident in doing well. My aim is to put up a consistent performance every time in order to contribute to the success of the team.”

Fudadin plays for Cricket Guyana Inc (CGI). He has played 78 First-Class matches and scored four centuries and 20 fifties till now. 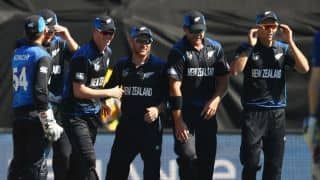