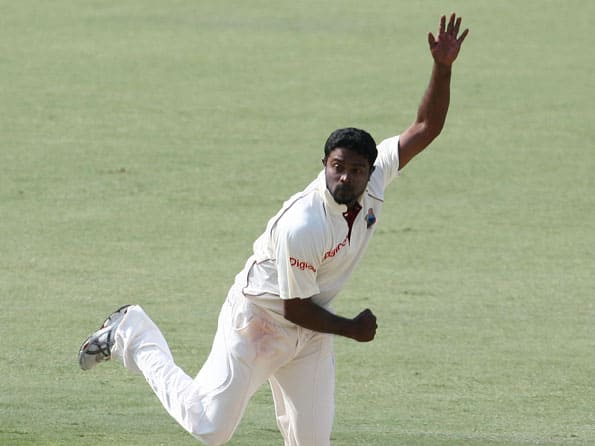 West Indies batsmen Narsingh Deonarine and Assad Fudadin are scheduled to arrive on Wednesday after managing to finally secure their UK travel visas in Jamaica.

The left-handed Guyanese pair had been stuck in Jamaica since last week as they awaited the documents in order to link up with the touring party which arrived last Wednesday.

This means the West Indies should have a full squad to choose from after Jamaican all-rounder Marlon Samuels arrived on Tuesday from India where he had been playing in the Indian Premier League.

The trio’s absence meant the West Indies had just 11 available players of the 15-man squad to face Sussex in the three-day tour opener last weekend in Hove.

Fast bowler Fidel Edwards was ruled out of the game with injury.

Luckily, only 34 overs were possible in the fixture as rain washed out the first day Saturday and allowed limited play on the two remaining days.

Deonarine and Fudadin’s arrival will just be in time for the start of the four-day match against England Lions – the country’s A side – which starts Thursday at Northampton.

The match is the final warm-up before the Windies face World No 1 side England in the first Test at Lord’s May 17.

While in Jamaica, both Deonarine and Fudadin made good use of their time, representing Kingston in the island’s Senior Cup tournament. (IANS)