Assam, Bengal qualify for next round of Mustaq Ali trophy

Assam, Bengal qualify for next round of Mustaq Ali trophy

Assam and Bengal qualified for the next round of the East Zone Syed Mustaq Ali trophy after they defeated their respective opponents comfortably in the Twenty20 tournament at Keenan stadium on Monday. 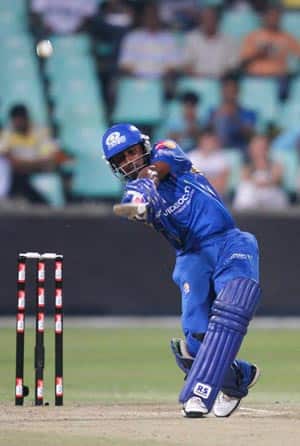 Assam and Bengal qualified for the next round of the East Zone Syed Mustaq Ali trophy after they defeated their respective opponents comfortably in the Twenty20 tournament at Keenan stadium on Monday.

Assam beat Jharkhand by 17 runs in the first game while Bengal outclassed Orissa by 78 runs in the other match of the day.

Electing to bat after winning the toss, Assam recovered from early loss of wickets to post a modest 131 for seven in 20 overs. Middle-order batsman R Satish struck a 29-ball 41, laced with four fours, while Dheeraj Jadav (37, 32 balls, 3×4) supported him ably at the other end.

Surjit Yadav was the pick of the bowlers for Jharkhand, with figures of 3/25 while leg-spinner Shahbaz Nadeem scalped 2 for 17.

In reply, Jharkhand started off on a disastrous note by losing two quick wickets in the form of openers Subrato Ghosh (7) and Rameez Neemat (1).

Tiwary held one end as the wickets kept on tumbling at the other end. Tiwary finally departed when he was bowled by Assam’s stike bowler Abu Nechim.

In another match, Bengal openers Sreevats Goswami (16) and Anstup Majumdar (43) gave their team a good start, stitching a 39-run first-wicket partnership before the former was adjudged leg before off Bibhudata Panda.

Next man in, A Jhunjhunwala (54) and Majumdar mixed caution with aggression to guide Bengal to 143 for six in 20 overs.

Chasing 144 to win, Orissa opener S Prahraj (24) and Aloke Sahoo (19) were the only notable scorers as the Orissa innings wrapped up for meagre 65 all out inside 20 overs.

In Rajkot, riding on a well-made half century by Sheldon Jackson and fine bowling by spinner Nayan Doshi, Saurashtra beat Baroda by 14 runs in the West Zone T20 match at SCA Stadium here today and kept their hopes alive for making it to the knock out stage.

Electing to bat first, Saurashtra made 151 for the loss of six wickets and then restricted Baroda at 137 for seven. This was Baroda’s first loss in the tournament.

Jackson, who cracked 73 off 51 balls, played the role of an anchor and guided Saurashtra to a respectable score.

His innings was punctuated by 10 fours and two sixes.

Kuldeep Raval came up with a useful 34 from 21 balls, hitting three sixes and one four.

Chasing 152 runs to win, Ambati Rayudu made 37 from 20 balls with the help of seven fours.

However, Baroda suffered a big blow when in-form and well set Yusuf Pathan was run out after making 19 runs with one six and two fours from just 12 balls.

Kedar Devdhar was the second highest scorer for Baroda, making 27 from 29 balls.

With this win, Saurashtra kept their hopes alive for the second round as Saurashtra, Mumbai and Baroda have lost a match each. Maharashtra and Gujarat are already out of the knock out round.

Thanks to opener Suraj Dongre who scored a superb 66 in 131 balls with seven hits to the fence, the hosts managed a draw.

Earlier, resuming at overnight score of 252 for 6, J&K declared their second innings on 294 for 9.

For Goa, Vitthal Gauns was the most successful bowler claiming 3-45.(PTI)

Jaywant Lele reveals about match-fixing in his new book