Tamil Nadu coach Hrishikesh Kanitkar wants to pick players based on their grit rather than reputation.

In his first two seasons as Tamil Nadu coach, Hrishikesh Kanitkar has already witnessed the highs and lows. In his first season in the Ranji Trophy, Tamil Nadu made it to the semi-finals where they lost to Mumbai by six wickets. However, in his next, they finished fifth in Group C. They were the defending champions in the Vijay Hazare Trophy but failed to progress beyond the group stage after losing four of their six matches.

The 2017-18 season will be his third as a coach and in his efforts to change the fortunes of a side that last won a Ranji title back in the 1987-88 season, Kanitkar is aiming to select players based on their grit rather than their reputation.

“We are still in the process of looking at the players and their performances,” Kanitkar was quoted as saying by The Times of India on Saturday. “But I can assure you that more than a player’s style and statistics, what I am more interested is his attitude. If I see a player willing to fight it out in the middle and give it his all, then he will definitely be in.”

On the reason why Tamil Nadu endured a forgettable season last time, Kanitkar said the team did not show enough hunger and fight that it takes to win titles. Kanitkar, 43, knows a thing or two about what entails to win a title when he led Rajasthan to their maiden Ranji title in 2010-11 season. In the following season, Rajasthan defended their title under his stewardship and, incidentally, they beat Tamil Nadu in the final on the basis of first innings lead.

“We couldn’t muster enough fight to put in a simple way,” Kanitkar summed up the reason. “I am sure that will not be the case this time around. This year I want to see only those who are hungry and prepared to do whatever it takes for the team to win.”

On the prospect of Murali Vijay being selected for the team, Kanitkar said, “He is a senior member of the side and I am sure the selectors will have a chat with him before we sit down to decide on the state probables.” 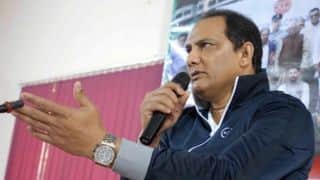 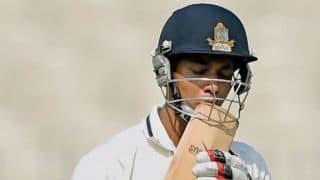