England’s woeful first-round exit at the 2015 edition prompted a complete rethink of their approach to one-day internationals for a side that had long placed Test success above all other considerations. Australian coach Trevor Bayliss was drafted in with the aim of guiding their bid for a first World Cup title. The transformation has been impressive, with England climbing to number one in the ODI rankings under the astute captaincy of Eoin Morgan.

Their rise to the summit has been based on dynamic run-scoring, with in-form openers Jason Roy and Jonny Bairstow leading the way. But the stakes for hosts England are higher than simply the winning of a match that would see them into a final against New Zealand at Lord’s on Sunday.

Weather: Chance of rain 30% with a high of 22 degrees Celsius 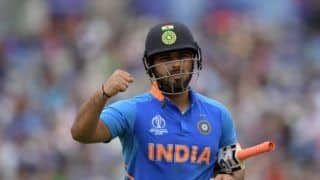