New Zealand openers Tom Latham and Tom Blundell made sure the visitors were not ousted away in the first two days of the ongoing third and final Test against Australia being played at the Sydney Cricket Ground (SCG) on Saturday. At the close of play on the second day, New Zealand were 63/0 in reply to Australia’s first innings score of 454.

After nearly two energy-sapping days in the field, both the New Zealand openers showed great application and grit and kept the Australian bowlers at bay in the final session on Day two.

Earlier, resuming at 283/3, Australia didn’t have a great start as they lost overnight batsman Matthew Wade in the very first over of the day. Travis Head who came in next, also couldn’t manage to stay long at the crease and was back in the hut after contributing with just 10.

However, Australia’s number three Marnus Labuschagne didn’t seem to be affected by the two wickets that fell early in the day and stitched a 76-run stand with skipper Tim Paine.

During the course of the partnership, Labuschagne also completed his maiden double hundred in Test cricket which also saw him get past Steve Smith’s Test average.

But just when the hosts seemed to take the game away, Colin de Grandhomme got the better of Australia captain (35). Soon after that, Labuschagne was dismissed by Todd Astle. The 25-year-old scored 215 off 363 balls. Thereafter, the Australian lower-order didn’t contribute much and they were eventually bundled out in the 151st over just at the stroke of Tea.

Closing in on 500 runs in this series

Marnus Labuschagne is having the time of his life!#AUSvNZ pic.twitter.com/EgzUcdhDQr

New Zealand openers had the task of not losing their wickets in the final session of the day and they were up to the task. Even though, both Latham and Bundell didn’t score many runs, they made sure they didn’t give away their wickets and took the team to 63 runs without any loss.

At the stumps, Latham and Blundell remained unbeaten at 26 and 34 respectively, having their team trail by 391 runs. 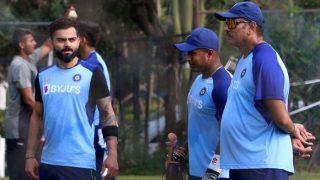 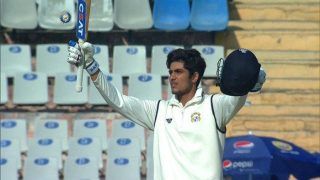