Australia on Monday axed George Bailey from their 15-member squad for the Test series against South Africa next month, while recalling Tasmanian batsman Alex Doolan and Shaun Marsh.

According to Cricket Australia’s website, the other additions in the squad are pacers James Pattinson and Jackson Bird, as they both have recovered from injuries.

Australia’s chairman of selectors John Inverarity said, “This was a difficult decision, but on this occasion we felt Alex and Shaun have games that are well suited to facing South Africa in South Africa. We consider that both are strong players of pace bowling which is important given the strength of South Africa’s attack.

“Alex was on standby for the recent fifth Test in Sydney and scored a most impressive 165 not out against South Africa for Australia A last season. Shaun is a talented batsman who is striking the ball very well at the moment. He has the technique and potential to do well,” he said.

“On this occasion these two batsmen were preferred to Phillip Hughes who we feel is best suited to a top order position. Phillip remains a highly regarded batsman whose time will come,” he added.

Bailey was the only non-performer in Australia’s winning Ashes campaign as he could manage only 183 runs in five Tests at an average of 26.14

Talking about the bowlers, Inverarity said, “James Pattinson is regaining fitness and form. At his best he is a fine Test match bowler. Jackson Bird shaded out Nathan Coulter-Nile for the final bowling position and each of these bowlers is showing encouraging form.

“The majority of the squad will depart on January 29 with the exception of James Faulkner, who will remain behind to play in the T20 Series and join the team during the warm-up game in Potchefstroom.

“The selection panel is supporting Darren Lehmann and Michael Clarke in their strong desire to give this Test series the highest priority and have the best possible preparation for the players who have performed so admirably this summer.

“As such some Test players and others were not considered for the T20 International squad,” he said. 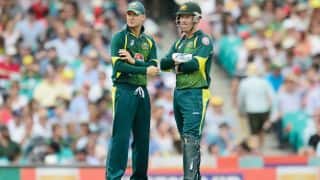 Australia to rest key players for remaining ODIs against England 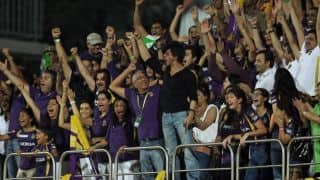 When KKR won, it was like the song 'I believe I can fly' I could have flown that night: Shahrukh Khan