With Smith, Warner and Bancroft serving their bans for the ball-tampering fiasco, a number of places in the Australian Test lineup are up for grabs.

With Australia coach Justin Langer viewing Australia A s tour of India as a good opportunity to shape a settled Test line-up for the series versus Pakistan in October, New South Wales batsman Kurtis Patterson has put his hand up for the openers role.

With Steve Smith, David Warner and Cameron Bancroft serving their ban period for the ball-tampering fiasco in South Africa, a number of places in the Australian Test batting lineup are up for grabs. Patterson, who bats at No 4 for NSW in the Sheffield Shield, said he was ready to move up the order to answer the call for an opening candidate given that Matt Renshaw is facing a race against time to prove his fitness for Australia A s four-day games in India.

“I like batting somewhere close to the top of the order, top three is always where most blokes want to bat and that’s certainly where I enjoy batting the most,” Patterson told cricket.com.au. “I’ve been batting three for NSW for a couple of seasons and I really enjoyed having that opportunity up there to be able to perform. That’s ideal for me but wherever I bat it doesn’t really matter. I’m sure I can go out there and do a job.”

In possession of a first-class batting average of 41.11, with five centuries and 23 half-centuries, Patterson was hopeful of success against India A to boost his chances of a maiden Test call-up for the Pakistan series in the UAE.

There s obviously opportunities there we re all aware of that but it s certainly not affecting my preparation or the way I m thinking about the game,” he said. Like any game, I want to try and put runs on the board and put team in position to win that game.

Australia A play the first four-day match against India A in Bengaluru from September 2.

First Published on
Last updated on September 1, 2018 11:25 AM IST
TOPICS:
Australia Kurtis Patterson Australia A vs India A Australia tour of UAE 2018 Pakistan vs Australia 2018 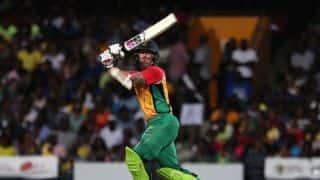 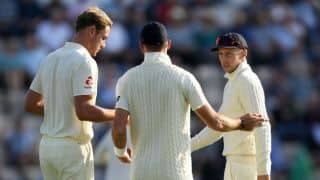