The Australia A captain points to the home side's batting collapse in the first innings as the clinching factor for the win.

Chennai: Elated with his team’s 1-0 series victory over India A, Australia A captain Usman Khawaja today said that the hosts getting all out for 135 in the first innings made all the difference in the second unofficial ‘Test’ match, which his side won by 10 wickets here. “I think we batted well. They (India A) were positive and put some pressure on us in the second innings. But it is very hard to make a come back into the game after getting out for 135. That was the mistake in the first innings,” said Khawaja when asked if he felt that the Indian batsmen failed to read the pitch as much as he and his team did.

“Whenever we had come to India, they have shown us how to bat on slow and spinning wickets. It is always easy to score runs when the wicket is better. That is the difference,” he said after the match today. Stating that his team played as an unit, the skipper said: “It was not just a win but it is a really good win. READ: Australia A thump India A by 10 wickets to claim unofficial Test series 1-0

Credit to everyone. (Cameron) Bancroft got a big hundred and that kind stuff will win games for you. Credit to the bowlers as their performances were excellent throughout the game.” Khawaja said he was happy to have finished the match early. “I am very happy that we won the game soon after it started this morning. Obviously, It is a big plus for us.

Obviously we came here to win. I have been involved with the Australian team that came to India. It is huge that we won by 10 wickets. “Obviously Bancroft got a good catch (dismissing Shreyas Gopal) and then we just got going. I know the wicket was turning and so I started with two spinners and fortunately they bowled very well. There were games where the last four wickets have taken a long time to fall. Fortunately, the wickets fell quickly. Then, it was the best way to chase the runs to win the game,” said Khawaja. READ: Cameron Bancroft: Learnt a lot from India A’s batting failure

On whether sledging yesterday between Abhinav Mukund and Australian players could have been avoided, he said: “It was not that much. We were just having a bit of fun. There was nothing or it got over the line. “Same thing happened between David Warner and Virat Kohli when they came to Australia and I think it is good for the game. If they do not cross the line, it makes it entertaining. I like watching it. I do not hold anything against anyone on the field as long as they do not cross the line. I think most players know their line,” Khawaja explained.

Meanwhile, pace bowler Gurinder Sandhu, who was successful switching to off spin in this match, said he made the shift only to suit the conditions here. “It is nothing big, just that it suited the conditions here. My captain wanted me to try something different. Definitely my main focus is to keep concentrating on pace bowling,” he pointed out. READ: Virat Kohli’s ‘aggression’ encouraged by Rahul Dravid

“You should remember that I am still not a part-time spin bowler. I just skid the red ball and look to take wickets. It is something like when you bat on to make a partnership or some things like that. For me it is to have a good field set and just bowling the ball.” Sandhu revealed that it was during his stint with the Delhi Daredevils in the Indian Premier League that he picked up a few tips from the team’s consultant coach on slowing down the bowling. “Sridharan Sriram, who is our IPL team’s consultant coach, gave me a few tips when I had worked with him while playing for the Delhi Daredevils. He helped in slowing down the pace in fast bowling and spin bowling too in sub-continent conditions,” said Sandhu.

Meanwhile, Khawaja said today’s cricketers from Australia are more aware of the Indian conditions as compared to players earlier, courtesy the IPL. “There is definitely a lot more information around now with players from Australia coming to India to play in IPL, which helps playing in these conditions. It was very tough when I came here about 10 years ago. I had never seen anything like that in my life,” said the Australia A skipper.

“We have guys coming to MRF cricket academy and we put money. That is the only way you are going to get better. I am not saying that is perfect. We need to learn a lot about Indian conditions and one win does not mean anything. But, we are improving definitely and I think the world cricket is improving a lot,” he added. 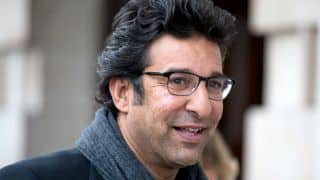