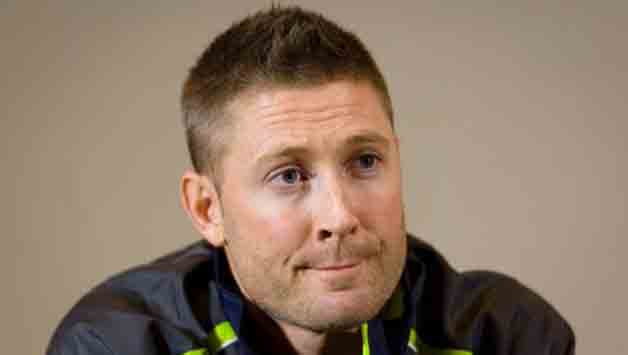 Clarke was reported by the umpires on Thursday for challenging an umpire’s decision while captaining NSW in a Sheffield Shield match against Tasmania in Sydney.

CA said an undisclosed batsman was given the benefit of the doubt when a close-to-the-ground catch was claimed at gully and when the umpire gave a “not out” decision Clarke used the “T sign” or player decision review signal suggesting the decision should be reviewed by the third umpire.

Sheffield Shield matches are not televised and therefore a third umpire is not used.

As part of the code of behaviour revisions, if any player uses the “T sign”, even in jest, it will lead to an automatic report as it shows dissent at the umpire decision, CA stated.

Clarke admitted guilt and accepted match referee Daryl Harper’s proposed penalty of a reprimand.
It was Clarke’s first offence in the past 18 months.

Clarke is expected to lead Australia in the first of five Ashes 2013-14 Test matches against England, getting under way in Brisbane on November 21.