Australia Test captain Tim Paine has questioned the Decision Review System [DRS], saying it has been "frustrating" to deal with the technology that is "not a perfect system".

Australia Test captain Tim Paine has questioned the Decision Review System [DRS], saying it has been “frustrating” to deal with the technology that is “not a perfect system”.

Australia endured some frustrating moments during their 31-run loss to India in the first Test when a few decisions went against the hosts after reviewing the umpires calls.

Umpire Nigel Llong had given Ajinkya Rahane out caught at bat-pad for 17 early on Sunday but the decision was overturned on review when replays indicated that the ball had hit the batsman’s front pad outside the line of off stump and missed his bat and gloves.

Similarly, Cheteshwar Pujara, who had scored a gritty 123 in the first innings, was adjudged out on eight and 17 to Lyon on Saturday but the dismissals were overturned.

Replays found no contact with bat or gloves in his first dismissal and the second one was overruled as ball tracking suggested that the ball would have gone over the bails.

“Look, it’s (DRS) not a perfect system and I haven’t got the answers. It’s just frustrating, I’d imagine it’s frustrating for everyone. But it is what it is,” Paine was quoted as saying in the ‘Sydney Morning Herald’.

The Australian skipper initially said the calls had been “interesting,” then when later asked why DRS was interesting, he said: “I think everything. I don’t want to talk about DRS. It’s just – it is what it is. A lot of balls seem to be going over the top of the stumps, I know that, that live don’t look like they are. So yeah, it is what it is.”

In Australia’s second innings, Aaron Finch was caught in close to offspinner R Ashwin but he didn’t use the DRS after consulting partner Marcus Harris.

Reviews suggested that the ball had not touched the gloves and later third umpire Chris Gaffaney informed Nathan Lyon there was not enough evidence to overturn the decision.

Paine said: “It’s one of those things. You can’t do much about it. We’ve been told Aaron’s for instance would still not have been overturned. Yeah, the DRS is interesting. It’s a bit different when the batters are out there, it’s up to those two, isn’t it? Aaron felt something on his glove, it ended up being his pad, that can happen.

“From a bowling and in-the-field perspective, we’ve got a process we go through with myself and the bowler. Nathan Lyon’s at point a lot, he gives us the indication of height. You have to take everyone’s piece of information and make good decisions. We got a couple wrong but that can happen.”

Former skipper Mahendra Singh Dhoni was against the usage of DRS in Tests and India avoided the technology for eight years after its introduction in Test cricket in 2008.

But after Virat Kohli became the captain, India agreed to the use of DRS in 2016.

Paine also backed pacer Mitchell Starc to rediscover his best in the bouncy tracks of Perth in the second Test after the opening Test where he didn’t look menacing despite taking five wickets. “When Starcy’s on song, there is no better bowler in the world, particularly with the new ball,” Paine told told cricket.com.au.

“In Perth, the conditions will suit him down to the ground … from what I am hearing, the wicket is going to be really fast so he’ll be a handful.”

Paine admitted Starc was not at his best at Adelaide but acknowledged his role in the team. “He didn’t set the world on fire but I think, for a long time, there’s been a really big gap between Starcy’s best and his worst,” Paine said. And from what I’m seeing, that is getting closer and closer every day. Was he at his best? Probably not. But I still thought he played his role.” 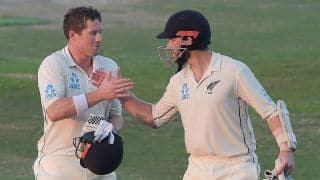 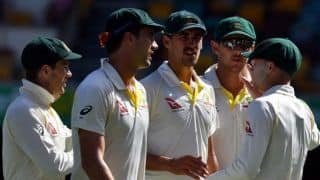