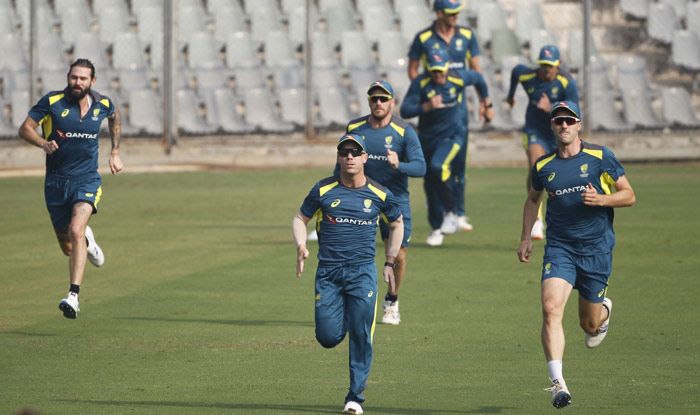 Australia assistant coach Andrew McDonald is leaving no stone unturned as he prepares his squad for what promises to be challenging three-match ODI series against India starting January 14.

Pacer Kane Richardson revealed that McDonald camped out at the Wankhede Stadium, venue of the series opener, in order to see what time dew sets in after the sun goes down. “Andrew McDonald camped out here last night to try and see what time the dew came in. Who knows, everyone is guessing. I think everyone is prepared,” Richardson said. “We’re going to train today with some wet balls so we can practice that. We’ll just wait and see on game day. It’s nothing new, we have dew back home as well.”

Richardson is part of a four-pronged Australia pace attack also including Pat Cummins, Mitchell Starc and Josh Hazlewood. While Cummins, Starc and Hazlewood are expected to be Australia’s first-choice pacers, Hazlewood has now qualm being the ‘next guy in’.

“It would be nice to take the field with all three of them or a couple of them. I don’t know how it’s going to pan out in terms of selection. I’m comfortable being that next guy in,” the 28-year-old said. “I have always spoken about if injuries or form happen being the next guy in. So if I could take the field with those guys it gives you a lot of confidence that hopefully when I come onto bowl there are two or three down early.”

In 2019, Australia came back from two games down to win the five-match ODI series in India 3-2. While they will take confidence from that performance, Richardson still feels that the hosts are the favourites.

Shedding light on what makes playing in India a tough challenge, he said, “It’s the biggest challenge in white-ball cricket, coming over here and playing against India on the surfaces over here. It’s a lot different than Australia. The ground sizes are a lot smaller than Australia, (and) mis-hits can often go for six. It’s something we have spoken a lot about. I think everyone in the team has played here before, so it’s nothing new. Starting today we will figure out a plan to stop some of those guys. It will be a high-scoring contest I’m sure.” 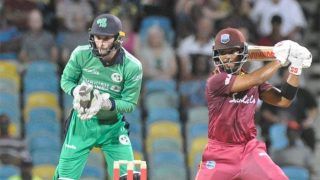 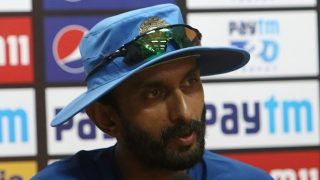