Doctors feared Australia allrounder Mitchell Marsh had ruptured a testicle after being hospitalised for a groin injury he picked up while batting in the nets.

While doing batting drills in the nets, Marsh was hit on the box which he felt will go away after few minutes. However, when the intensity didn’t go down, he was rushed to the hospital where after fearing the worst, it was revealed he had undergone extensive bleeding in the area.

“I basically got hit in the box by one of our coaches on the flicker (a ball-throwing instrument). Usually, when you get hit in the box, it lasts for a couple of minutes and goes away. But after half-an-hour, I was in the exact same pain,” Marsh was quoted as saying by cricket.com.au.

“I got taken to hospital to double check. I had a scan where they thought I potentially ruptured one of my testicles. But once they got in there, it was just basically severe bleeding. It was best-case scenario.

Marsh is in the midst of a forgetful season that has seen him being dropped from the Australian Test, ODI and T20I teams after failing to impress with bat and the ball.

While admitting the ‘challenging’ phase, Marsh reiterated the importance of not getting bogged down by the pressure and instead rekindle his enjoyment for the game.

“It’s been probably the most challenging eight months of my life in terms of cricket and all sorts of stuff. At times, I’ve certainly got down on myself, because you just want to do well and I love playing cricket.

“I probably got too down on myself and worked too hard and tried so much to try to score runs that I probably stopped enjoying the game at a point throughout the summer. Ultimately, I play the game to enjoy it with my mates and have fun. My next three weeks is about that and, hopefully, I’ll be able to contribute with a few runs,” he said. 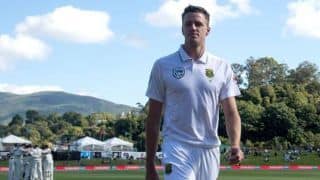 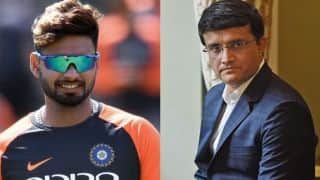