Australia cricketers observe a minute of silence for Manchester victims

Australia cricketers observe a minute of silence for Manchester victims

The team was at The Oval, practicing for their warm-up game on Friday against Sri Lanka, as they joined the rest of the UK to pause their work.

Australian cricketers paid tribute to the victims of the recent Manchester attack, observing a one-minute silence during the training session on Thursday. The team was at The Oval, practicing for their warm-up game on Friday against Sri Lanka, as they joined the rest of the UK to pause their work. People in and around the UK were requested to pause their work at 11 am local time to commemorate the fateful incident. It was a concert of famous pop star Ariana Grande in Manchester where a suicide bomb attack took away the lives of 22 innocent people, leaving around 60 injured, some with life-threatening injuries. The ISIS claimed responsibility of the attack later. Virat Kohli: Manchester blast disturbing but Champions Trophy is of ‘paramount importance’

While concerns regarding security of the cricketers in England for Champions Trophy have been raised post the attack, ICC cleared in a statement that security will be their top-most priority. The ICC and ECB place safety and security at the ICC Champions Trophy and ICC Women s World Cup this summer as the highest priority. We operate on advice from our Tournament Security Directorate – in conjunction with the ECB and relevant authorities – to ensure that we have a robust safety and security plan for both tournaments. We will continue to work with authorities over the coming hours and days and review our security in line with the threat levels, read an ICC statement, as reported by cricket.com.au.

“The security situation has been very much front and centre of our preparations and we constantly review our procedures to guarantee they are as effective as possible to keep everyone safe.”

Earlier, the England and South Africa cricketers had paid tribute to the deceased before the first ODI between the two teams. “A lot of guys were upset by what happened and we dedicate this game to them,” Moeen Ali, the Man of the Match in England s 72-run win, said after the match. 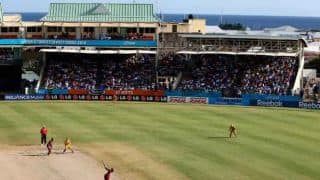 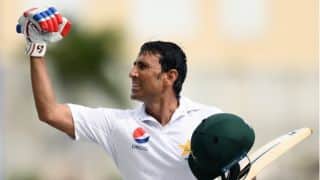 Younis Khan satisfied after retiring on a high