Australia deserves the No. 1 ranking in ODIs: Brad Haddin

Australia deserves the No. 1 ranking in ODIs: Brad Haddin

Brad Haddin, who turned 34 on Sunday, will be hoping to celebrate more than just his birthday when Australia take on South Africa in the second one-day international (ODI) at St George's Park in Port Elizabeth. 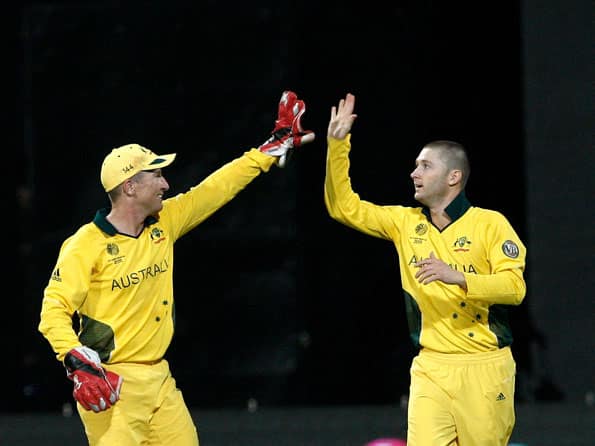 Brad Haddin, who turned 34 on Sunday, will be hoping to celebrate more than just his birthday when Australia take on South Africa in the second one-day international (ODI) at St George’s Park in Port Elizabeth.

“It’s a very exciting time with the Australian team at the moment,” Haddin said.

“We’ve got a lot of new guys coming in and they bring a lot of energy and excitement to the squad.

“We think we’re just on the brink of doing something special.”

“Every series we go into, we want to win and every game we play for Australia we play to win,” he said.

“But, what’s equally important is to continue to take small steps forward to becoming a better cricket team.

“You’ve just got to look at their [South Africa’s] three pacemen.

“They’ve been around a while now and they bowl very well together.

“So we know they’re going to be a tough act for us to come up against –but we knew that before we started this tournament.”

Haddin, who recently announced his retirement from Twenty20 international cricket, hoped that the move would allow him to focus more on test and ODI cricket.

“I’m only 28 so I’ve got a few years left in me yet,” he said in jest about his age, suggesting he still had some time left in the game.

“That’s something you guys [media] talk about a lot but, from inside the team, no one really looks at age.

Haddin said the Australians had performed consistently in the 50-over format and deserved to be the top-ranked side in the ICC ODI rankings.

“We’re ranked No 1 in this form of the game and we’ve played pretty consistent one-day cricket for a long time now,” he said.

“Obviously it’s a big game on Sunday and we know South Africa are a quality team and they’ll be up for this game.

“I think the most important thing for us is to just continue to do what we do well and continue to try and get better every time we go out there.”

Haddin is only five runs away from scoring 2000 runs in Test cricket.

“I haven’t thought about that as the tests are still a long way away but, by the sound of it, it’s just one good hit,” he joked.

“Seriously, I’ll cross that bridge when we come to the tests. We’re obviously here for the one-day series now and it’s a massive game for us.

“We’re looking forward to it and to see if we can build on what we did the other night.” 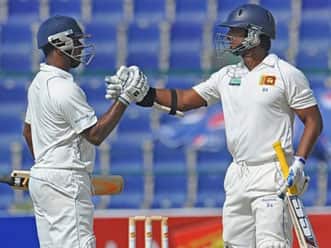