Australia have managed to retain their top spot in the ICC ODI Team Rankings, despite suffering a 0-2 series loss in the Chappell-Hadlee series against New Zealand.

Dubai [UAE]: Australia have managed to retain their top spot in the ICC ODI Team Rankings, despite suffering a 0-2 series loss in the Chappell-Hadlee series against New Zealand which concluded in Hamilton on Sunday. However, South Africa can replace Australia at the numero one spot if they complete clean sweep of Sri Lanka. However, the Men in Yellow have dropped from 120 points to join the Proteas on 118 points. With South Africa leading Sri Lanka 3-0 in its five-match series, victories in the remaining two matches (in Cape Town on February 7 and in Centurion on February10) will help the Proteas to leapfrog Australia into number-one position. FULL CRICKET SCORECARD: New Zealand vs Australia, 3rd ODI at Hamilton

In this scenario, South Africa will finish one point ahead of Australia on 119 points. The series win has also helped the Black Caps to rise to 113 points, one point clear of fourth-ranked India, which will be defending its ICC Champions Trophy title in the United Kingdom in June. Trent Boult s 6-for helped New Zealand regain the prestigious Chappell-Hadlee Trophy 2016-17 against Australia. Chasing the target of 282 in the third ODI at Hamilton, Australia were bowled out for 257 handing over a 24-run victory to New Zealand. Boult was awarded Man of the Match for his exceptional figures of 6 for 33.

From Australia, their skipper Aaron Finch (56) and Travis Head (53) scored fifties while Marcus Stoinis impressed once again with his valuable 42 down the order, but all in losing cause. Apart from Boult, Mitchell Santner got 2 wickets while Kane Williamson got 1 wicket respectively. New Zealand won the three-match One-Day International (ODI) series by a margin of 2-0 after they won the series opener at Auckland by 6 runs and the second was a rain washout at Napier. 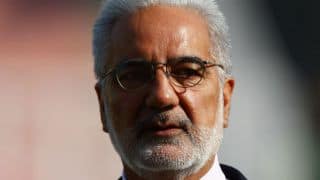 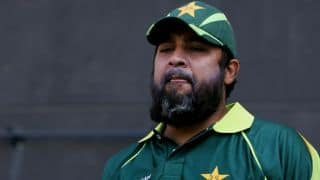 Inzamam-ul-Haq hopes for Pakistan's turnaround in near future