CA sought to shift the series to later in the year but the BCCI has refused the request, reportedly.

Australia and New Zealand are scheduled, as per the ICC’s Future Tours Programme (FTP), to play each other for three games in Australia in the 2019-20 season. However, owing to a packed international calendar, the Australia team is now slated to travel to India in January 2020.

According to reports in the Australian media, Cricket Australia (CA) wanted to shift the ODIs with India to a later date in 2020 but the BCCI did not agree. This has resulted in CA dropping the ODIs against New Zealand, for the time being, which were due to be played after the New Year’s Test in Sydney.

Australia’s home summer includes series against Sri Lanka, Pakistan and New Zealand across formats followed by two Tests in Bangladesh in February 2020. Early next year, India are due to travel to New Zealand and then host South Africa for ODIs and T20Is before the IPL starts.

This, CA said Friday, has resulted in Australia traveling to India in January and the previously scheduled ODIs with New Zealand pushed forward to an undecided date. Faced with the threat of losing millions of dollars had the India series been postponed, CA has agreed to the BCCI’s request.

“We have been working hard to re-jig the schedule to fit a change in dates for the two ODI series, at home with New Zealand and away with India, on the back end of the Sydney Test but there are necessary trade-offs,” a CA spokesperson said. “As a sport, we are fortunate that we have three formats, a compelling international and domestic offering for both men and women. Complexities are bound to and often arise.

“What we are working through is a solution that sees us honouring our commitments to overseas boards, being flexible to their changing needs, balanced with the need to schedule a summer of cricket that works for the fans. We are confident we will find a way to deliver, with some trade-offs.”

India and Australia engaged in T20Is, Tests and ODIs in Australia from November 2018 to January 2019 and in March played further limited-overs matches. 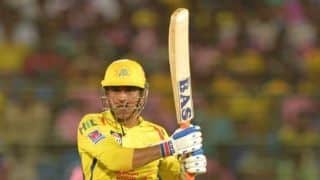