Australia head coach likely to be appointed in three weeks

Australia head coach likely to be appointed in three weeks

Cricket Australia general manager Patrick Howard said on Wednesday that the national team will have their head coach appointed within three weeks. 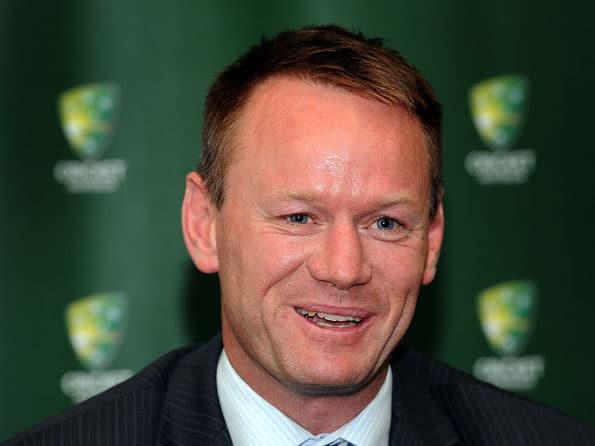 Cricket Australia general manager Patrick Howard said on Wednesday that the national team will have their head coach appointed within three weeks.

Australia, who began their two-match Test series against South Africa on Wednesday, will take on New Zealand at home in three week s time, and Howard said the new coach will be announced by the time the Kiwis arrive in Brisbane.

“The process is well and truly (underway). It is realistic, yes. It’s better than hopeful, but we have to get it done and part of the process is to make sure not only they are appointed, but they hit the ground running,” Howard was quoted by Perth Now.

“The reality is there is a timeline there we would like to be able to fulfill … but there’s always negotiations, contract negotiations, current employment status,” he added.

Howard, who was recently appointed the national team s general manager, is currently in South Africa with the team and will return to Australia soon. He has enough on his plate as CA is still to announce the staff for new chairman of selectors John Inverarity, and many other things recommended by the Don Argus Review.

“There’s a whole heap of conditions, but to know where we are going for the New Zealand Test is the absolute ideal,” he added.

The Australia general manager said CA will not be appointing the head coach with reputation alone.

Meanwhile, Australia captain Michael Clarke has asked his side not to be distracted with the off-field issues.

“It’s great to see Pat here. He’s a great fellow. I know all the boys are looking forward to working with him,” he said.

“I think everyone’s happy that we’re getting further and further down the track. We have the new general manager. We have the new chairman of selectors. We’re in the process of the other two part-time selectors, then obviously the big one, the head coach.”

Preview: Ranji Trophy second round to begin on Thursday