The South African captain said his team had prepared well for the 2nd Test against Australia.

South African captain Graeme Smith on Wednesday played down the “hype” around Australian fast bowler Mitchell Johnson ahead of the second Test which starts at St George’s Park on Thursday.

Johnson destroyed the South African batting in the first Test at Centurion with match figures of 12 for 127, spearheading Australia to a 281-run win.

Smith said there had been no special attention paid to Johnson either by the team or himself personally. Smith faced four balls from Johnson in the first Test and was dismissed twice.

“We’ve had a general group discussion on areas that we want to improve. We haven’t watched any more video or anything different than we did before the first Test.

“I can watch videotapes of me scoring hundreds against Mitchell Johnson. Every player here has had success against this attack, not so long ago.”

The South African captain said his team had prepared well as they set out to reverse a crushing defeat in the first Test.

“I believe our mindsets and our game plans are good. Ultimately it’s about walking the walk now and going out over the next five days and being able to produce the performances to show that,” he said.

Smith said South Africa would put their experiences in the first Test to good use.

“It’s a fairly quick turnaround which I believe is a good thing. We’ve got straight back into our work and had some good discussions,” he said.

“I think we lacked a bit of real competitive cricket coming into this series and we were outplayed. We’ve now got to get ourselves back into the series over the next five days and I’m hoping we’ll be better for it.”

Speculation that South Africa would opt for a seventh specialist batsman to replace injured all-rounder Ryan McLaren was fuelled when Dean Elgar had a lengthy net during the team’s final practice.

But Smith said the make-up of the team would only be discussed when selection convener Andrew Hudson arrived in Port Elizabeth later on Wednesday.

But Smith had a swipe at his country’s administrators, who announced on Tuesday that Elgar and fellow Test squad member Thami Tsolekile had not had their central contracts renewed.

“It’s obviously tough,” he said. “My role is to hopefully keep them focused on what’s important and that’s tomorrow. If they get an opportunity to play hopefully that’s an opportunity for them to put it right.

“It’s another curve ball that’s tough to deal with but we’ve got to find a way.” 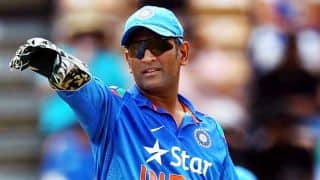 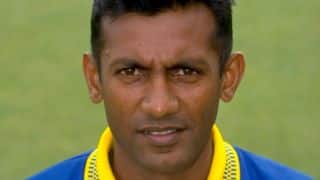